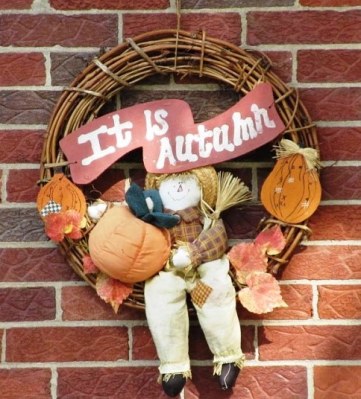 People are still over the moon about that Super Moon, even though it has shaved off some of its size since it shone so brightly early Monday morning.

Do you remember when people used the expression “over the moon” to describe how happy they really were?

I guess that saying has become archaic, like so many of the other expressions we’ve peppered our vocabulary with through the years.

But, all too soon, that same moon becomes “old hat” (well, there I go again …), with the advent of the Leonid meteor shower which shall light up the skies this coming Thursday.

Mother Nature always has something up her sleeve – some good, some bad. The weather this morning was fantabulous … it is to be savored.  I am hearing about some awful sleety stuff slated for this Sunday, something, in my opinion, Mother Nature can wad up in a ball and throw away, just like the Kleenex that she always tucks up her sleeve to catch sniffles and drips.

I sure don’t want to hear about any upcoming bad weather, even though my errands and chore lists have all got checkmarks next to them. I finished them all, in anticipation of the snow and ice, and my fear of taking the car out in inclement weather.  One by one, I ticked off my errands and tackled my yard chores, so I could devote my time to racking up some miles walking to meet my goal.  Perhaps Paul Gross, my favorite weatherman, will hear my plea to keep the bad weather at bay – if so, I’d love you to the moon and back Paul!

This morning was exquisite – not too cold and no gusty winds … just perfect. It is hard to believe that the month of November is already half over  — this year continues to keep speeding by.

There were not a lot of cars out either, and, I wondered if the first day of firearm deer-hunting season really was affecting the traffic I encounter on my regular walk, just like the busier spots around town.

I do try not to think of all the poor deer out there, with the hunters chasing after them, salivating over visions of venison roast or grilled backstraps. Recently, Arby’s launched a venison sandwich on their menu for just a few select deer-hunting states – Michigan was one of them.  I saw the ad for that new item which was a thick-cut venison steak, topped with crispy onion rings and berry sauce on a toasted roll.  It turned out to be such a hit, Arby’s sold out those sandwiches within an hour after introducing it.  Wow!  Sure … it looked pretty tasty in the picture, but me, the animal lover, would not be able to get past thinking about “Bambi on a bun”.

I was crossing the footbridge and paused to ponder about the ducks at the Creek. They were plentiful this morning; perhaps they were just as gleeful as me, enjoying mid-November without shivering.  Some of the mallards were swimming in circles, yet a lot of them remained on a log where they stood away from the crowd, preening their feathers and getting dolled up for the morning meet-and-greet at the other end of the bridge.  The ducks who weren’t swimming, preening or eating, were making a whole lot of noise … that loud quacking noise does quack me up every time I hear it, as it reverberates through the Creek and its narrow banks; it turned my mouth into a smile in a heartbeat.

4 Responses to Over the moon …