On the weekend before Turkey Day … 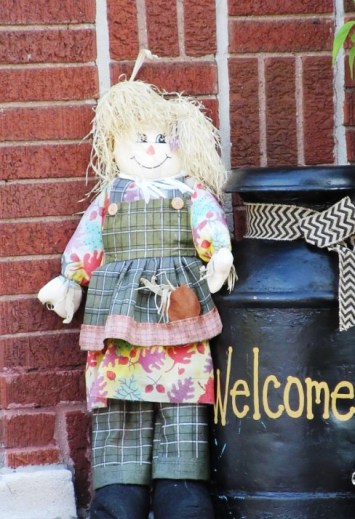 Over the last year, we’ve dealt with El Nino’s erratic weather – a mild Winter, a very hot Summer and a beautiful Autumn, but … maybe now, finally our luck has run out and the real Fall is here to stay.

I guess we knew that the 72 degrees we enjoyed yesterday was not going to last, much as we would have liked that to happen.

On that last gasp of Summer-like weather yesterday, I did not walk. I have been doing the necessary to prepare for Winter for months – gathering groceries and stocking up, much like a squirrel gathers and tucks away nuts, after meteorologists have projected a regular, i.e. cold and snowy, Winter once again.  For this Winter wienie who despises driving in wintry conditions, it was a necessity.

So, I decided to forego walking in that beautiful weather, and, instead I chose to stop at Meijer and beat the crowd of shoppers who were sure to be buying their Thanksgiving dinner food and fixin’s this weekend.

The store shelves were groaning with treats and trinkets, along with the usual fare for the traditional holiday turkey meal. You didn’t have to look very hard to find canned green beans, cream of mushroom soup or Durkee’s French-fried onions, and, of course, the canned pumpkin to make pies.  I personally would skip the pie-making after seeing stacks and stacks of boxed pumpkin pies, a light film of condensation still clinging to the cellophane since they were so fresh.

I was out and home before the hustle and bustle of shoppers began, actually shucking my coat as I was sweating from traipsing in groceries and those gigantic multi-packs of paper towel rolls.

Of course I knew after that record-breaking temp of 72 degrees yesterday, that this morning I would go outside where a gray and dismal sky and a definite bite to the air awaited me.  And, that’s exactly what happened.  Well, we all knew that this weather was coming, but, it was clear and dry, and none of that precip the weather folks had been chattering about, so off I went.

Ugh, the wind had picked up and what trees are still full of leaves were shaking them loose. I bent my head down, but out of the corner of my eye I saw several of those inflatable Thanksgiving yard ornaments that threatened to topple over and strained at their tethers.  As I laced up my walking shoes, I had visions of a trip to the marina but changed my mind, opting to stay on the Boulevard where at least the large houses helped to buffet those wily winds and make the tumbling temperatures more bearable.

So, do I need to dust off the shovel, get out the boot tray and break out the snow boots? Perhaps my new walking boots I got last year will soon need to be broken in?

Sigh – this reality check has me groaning just thinking about all those scenarios – you too?

6 Responses to On the weekend before Turkey Day …