The Weavers, the Squeezers and Me. 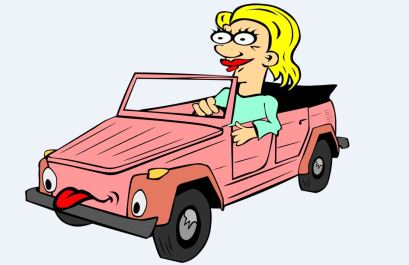 I was thinking about Kermit the Frog crooning the lyrics “the lovers, the dreamers, and me” in the song “The Rainbow Connection” while I was taking the buggy for a spin earlier today.

I decided then and there that a parody of that song’s lyrics would be the perfect headline to describe motoring along on my morning drive.

Regarding the squeezing aspect, I had hoped to squeeze in some walking miles too, despite that bone-chilling cold, because a glance out the front door showed me the snow and ice from the sidewalks and roads had miraculously vanished since yesterday. But, what a bummer … duty called, since our work e-mail crashed for the second day in a row, dashing any hope to get both a walk and a spin in the car accomplished.  That hour-long consultation with the computer guy encroached on my morning “me time” bigtime.

I guess it’s just as well, since I was mighty distracted by the time I left the house. Driving Downriver now takes more concentration than usual these days and sure keeps you on your toes.  You mustn’t even blink, as a car will dart in front of you before you get a chance to hit the brakes.  Yikes!  I’d have a mess of gray hair if I had to commute to work on a daily basis.

It’s been about six weeks since the big Rouge River Bridge project began, forcing drivers headed from Detroit to Downriver to detour until November 2018. MDOT suggested the big rigs take alternate expressway routes, but most everyone seems to prefer Fort Street.  Southbound Fort Street consequently is jammed with back-to-back vehicles most any time of the day you venture out.  Throughout the day, and long into the night, the squeal of sirens, either the incessant whine of an ambulance, or that of a police car, can be heard.  And, the Facebook forums for Downriver are  replete with people complaining about the big trucks, or people driving way over the speed limit, or, even the opposite … those pesky drivers who go too slow.  However, those people aren’t driving all that slow – in fact, they are driving the speed limit, which was raised to 45 mph last year.

Those hapless folks are usually labeled that rather disparaging moniker of “Sunday driver”.

Yup, I am one of those people, and this big project, plus the increased traffic on Fort Street, sure takes me out of my comfort zone whenever I have to leave my street and take Fort Street.

It’s a hundred times worse during rush hour … all those people weaving in and out and squeezing people over. From my vantage point in the far right-hand lane, I just shudder and have a white-knuckle grip on the steering wheel, hands strategically placed at 10:00 and 2:00 o’clock, like we learned in Drivers Ed all those years ago.

It sure was no picnic this morning, as one lane was out of commission for two large portions of northbound Fort Street, due to a water main break, and AT&T repairing a telephone pole. The latter likely was a case of car versus pole, that no doubt caused the sudden yelp of an emergency vehicle shortly after I climbed into bed and burrowed into the covers last night.

After gritting my teeth for a mile along Fort Street, I was glad to turn down Southfield Road, even if I was headed directly into the sun and couldn’t see a thing. Happily, soon I turned onto the curving stretch of River Drive, and zoomed right past Council Point Park, where I craned my neck to determine how the perimeter path looked.  Surprisingly, it was free of snow.  Then, I was sorry I looked over, as I was suddenly wistful that I was without walking shoes, nor the time, to enjoy my favorite nature nook.

With the expectation of more snow in the a.m., I may not be seeing any green on St. Paddy’s Day, as to the lawns along my regular route anyway, so that wee walk at the Park will get tabled to Sunday at least.

Grrrrrr to the Ground Hog.

[Image by Gerald G at openclipart.org]

4 Responses to The Weavers, the Squeezers and Me.