The shady side of town. 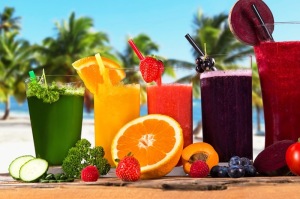 It looks to me like Old Mother Nature just hit the paws button on the Dog Days of Summer, because the heat and humidity, which didn’t stray too far away, has returned.

I wasn’t even a block and a half into my walk when I realized I should not have hit the snooze button those three times, and just gotten up and left earlier, as it was way too hot for my liking. We had some rain last night so I headed to my second string destination – the Rivers Edge Marina in Wyandotte.

As I walked through Lincoln Park, this steamy and sultry Sunday had me desperately seeking shade, until I could reach the canopy of trees that line the Wyandotte portion of Emmons Boulevard.

Then, it was hot, hot, hot crossing the railroad tracks with no shade, until finally I reached Biddle Avenue and headed over to the marina which was already hoppin’. I saw several paddle boats and a pontoon boat in the marina area, plus several large pleasure boats already out on the Detroit River.

The sky was a brilliant blue, without a single cloud and marred only by a contrail or two. Some seagulls started swooping down near my head, inching closer and closer, then dipping so dangerously low that several times I was forced to wave my arms to shoo them away. Perhaps I had a kindly face that they equated with handouts for their breakfast, but this was not the case. I knew the temps were hot and the humidity was high, so I dressed sparingly – just enough to be decent. I even left the camera and pedometer behind.

It took me a little longer to make this round trip today, and I was glad to get out of the sweltering heat and into the cool house. After all this effort, I would have loved to swig a tropical delight like those pictured above, but it was just a tall glass of strawberry milk and a couple of chilled juicy peaches to make me feel human again.

I managed to get five more miles under my belt as I strive to stride to 300 miles by month end, and hopefully this heat wave will be over soon, so I can get ‘er done.

4 Responses to The shady side of town.