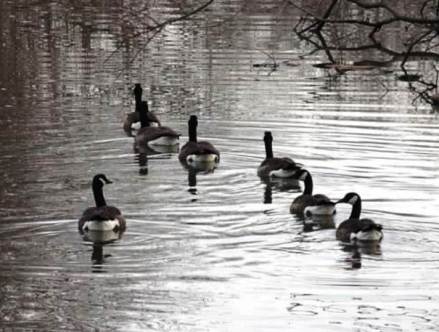 Just like that song from “The Sound of Music” about saying goodbye, I guess it is safe to say that El Nino has gone on vacation and left us with a cold, snowy and icy mess. There is never any “good” in “goodbye”, and, unlike that freak snowstorm we got on November 21st that melted away the next day, I believe Winter is finally here to stay.  Grrrrrr and brrrrrr!

My boss has been in sunny Puerto Rico since the beginning of the year – perhaps El Nino is staying with him because the weather has been perfect since he arrived on January 2nd.  Last week Robb and I kept comparing notes on the weather – one day ours was a frosty 21 degrees to his sunny 81 degrees.  Today when we spoke, I told him his vacation was gloat-worthy as I bemoaned the frigid cold and 4-inch snow drifts that he was missing here in Michigan, while he was enjoying the sun and fun in Puerto Rico.  Well, he sounded sympathetic but told me the waves were really too high to surf today, so he just stayed on the beach and baked in the sun.

We sure were spoiled by the warm Fall and temperate Winter and I am ready to have this ugly weather depart, much like these geese did as soon as they saw me appear on the footbridge on Christmas Day. I thought I had offended them as they took leave once they saw me.  Their friends stayed, however, once they discovered I was not only toting a camera, but also a bag of bread chunks for them.  Those pictures will be shared in later posts.

My good friend Ann Marie, whom I met while walking at Council Point Park gave me my laugh for the day. Not only do we share a love for walking and nature that we find at the Park, but also we both love birds.  She has an African Grey Parrot named “Digger” who has been increasing his vocabulary and phrases since she got him in December of 2014.  Yesterday, Ann Marie went over to Digger’s cage and said “Baby, it’s cold outside” … he processed that information and didn’t disagree at all, because ten minutes later he called out to her “Baby, it’s cold outside” … apparently even the birds think the weather is for the birds!

2 Responses to So long, farewell …