Father’s Day – sometimes it’s just the icing on the cake. 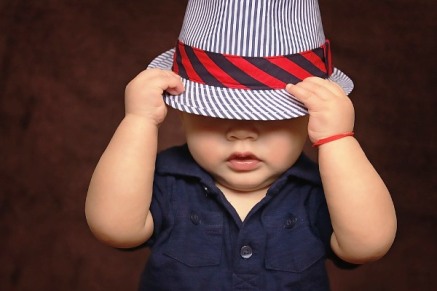 Well, unfortunately the groceries just don’t magically appear in my fridge and on my pantry shelves, so grocery shopping had to be factored into my Father’s Day agenda. I left early as I had many items and I was hoping to beat the heat and avoid the crowd of shoppers in case they were picking up last-minute treats or gifts for Dad.

Now, I could have gone to Meijer yesterday, but I weighed my options – more people would be shopping Saturday for the big BBQ and such.  Logic told me fewer people would be picking up parakeets, ferrets or guinea pigs for Dad at Petco – so I headed to Petco Saturday.

Evidently, everyone else followed the same logic … Meijer was super busy this morning. Some folks were holding onto small bouquets of flowers, or clutching greeting cards, while others were tossing ribs and brats into their shopping cart in the meat aisle.  The deli area was hopping with people waiting on cold salads and lunchmeat.

Then, there was the bakery – folks were queued up and Father’s Day cakes were flying out the door. They had cakes shaped like a burger, or even a box of popcorn, but most were the usual sheet cakes with “Happy Father’s Day” emblazoned across it with a Dad-type doodad.

Everyone seemed happy with the cake that was tailor made for their special Dad, unlike that lady at Kroger in Bloomfield Township recently. You’ll recall she ordered a Superman versus Batman cake and didn’t like the decorating job. I guess you could say that she was a little frosted off, so she decided to take matters into her own hands and went behind the counter to correct the problem.  After bakery department employees said  “no can do”, she grabbed the cake and threw it to the ground and stomped on it.  Well, if that don’t take the cake!

That little episode made me recall a cake we ordered for my grandmother’s 80th birthday.  I went to the bakery to pick it up, and instead of the words “Happy Birthday Nanny”, it had “Happy Birthday Nancy” instead.  How do you fix that faux pas – it’s not easy to make the letter “c” into an “n”, so the result was an extra high mound of frosting and a rather smear-y looking “Nanny” but that worked and the cake was enjoyed by all.  Who would even notice with all the ice cream on it anyway?

Today, I managed to rack up an easy 3 ½ miles on the pedometer from running around the store and schlepping in groceries . So, I guess you could say that my trek was a cakewalk.

Hopefully you spent some quality time with your Dad personally, or maybe reflected on some special memories, or cherished a few hours with your own children – at any rate, I hope your day was special.

If you did all of the above, well that’s just the icing on the cake.

[Image by Esudroff from Pixabay]

4 Responses to Father’s Day – sometimes it’s just the icing on the cake.