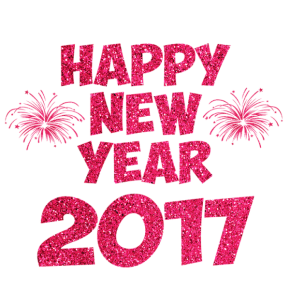 So, now we have a freshly minted year, a clean slate.

But, I paid no mind to that cold because the sun was out and shining brightly for a January day and soon I was on my way.

As I walked down the driveway, I made an impromptu decision to visit Council Point Park today to kick off the new year, instead of treading over to my usual stomping grounds at Emmons Boulevard.

If you’ve followed my blog for a while, you will recall that Council Point Park was formerly my go-to place to walk for all four seasons, though in colder temps it was iffy, since the asphalt perimeter path tended to get black ice and the City did not remove the snow that fell during the Winter months.

I had not been to the Park in about 18 months, having stopped visiting there after the avian flu outbreak in early 2015. The avian flu is prevalent around water fowl and there were a lot of geese that frequented the trail and grassy areas where they grazed.  I worried I’d pick up the virus on my shoes, and, in removing them, somehow transmit it to Buddy.  I went one time when I was ready to pitch my walking shoes in the trash, but that was it.  So, I gave the Park a rest and began meandering down Emmons Boulevard instead.

But, I returned today, and everything looked the exact same, though the view is now so drab and blah … bare branches, yellowing reeds, a light film of ice on some the murky water’s surface, and, even more trees that have splintered and fallen into the chilly waters of the Ecorse Creek that runs through the Park.

I didn’t see a welcoming committee, human or otherwise.

But, as I began the first leg of my journey, when I glanced over to the Creek, I saw a line of mallards perched on an old decrepit log – they were giving their webbed feet a respite from the water, and each one was standing on one leg, their sleek head neatly tucked under a downy wing, fast asleep.

Some of the memorial trees were still decorated with Christmas wreaths or holiday baubles.

While I was strolling along on that first loop of my two-loop adventure, while taking in all the sights, albeit a mostly brown landscape, suddenly a fox squirrel came out of the bushes and raced over to greet me. Now, I was the only one on the path, so I figured he was looking for a handout and would go away as soon as he discovered I wasn’t “carrying” … yet, I had to chuckle to myself, because, just like old times, I found myself apologizing profusely, pointing to my empty pockets, shaking my head “no” and shrugging my shoulders.

Eventually, realizing that I was not getting the message across, I turned around and kept going, but, out of the corner of my eye, I could see a pair of shadows – one very tall on two legs and one very short on all fours flicking a bushy tail. I smiled, turned around and said “honey, I’m sorry I have no peanuts for you”, but that little guy was persistent and kept following at my heels for most of the first loop, that is, until another squirrel appeared on the scene, so they scampered off together.

So, of course, I wondered the rest of my trip, if that squirrel remembered me from a couple of years ago when I plied him and his cohorts with peanuts on a daily basis? Though I was quick to dismiss that notion, it made sense – he may not remember my face, but for sure my brightly-colored salmon down coat would be a dead giveaway to my identity.

As soon as I came online, I Googled how long fox squirrels lived. I discovered fox squirrels in the wild have a maximum life expectancy of typically 12.6 years for females and 8.6 years for males.  Living in the Park, they will last longer – no cars mowing them down in the  neighborhood, when they recklessly dash across the street.  Well, that answered my question … he WAS a “peanut pal” from the past.

And, as I further scanned the article, it turns out that fox squirrels have excellent vision and well-developed senses of hearing and smell.

Ahhhh – it sure felt nice to be remembered, if only for my “gifts” and not my personality.

Next time at the Park, I’ll take some of the peanuts I bought for that bob-tailed squirrel on Emmons Boulevard who seemingly vanished into thin air.

Some things never change, even in a spankin’ new year.

As the sun slowly sets on this first day of January, I leave you with a quote to begin your new year:

We must learn to reawaken and keep ourselves awake, not by mechanical aids, but by an infinite expectation of the dawn. ~ Henry David Thoreau

[Image from Pixabay (All Simple Things)]