It was a gray and graupel kind of day. 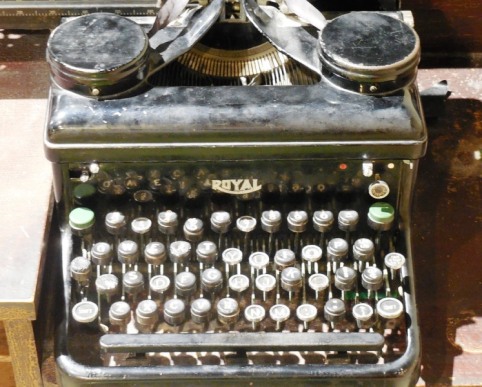 I think the balmy weather departed for the short term, and, in its wake, was a windchill of 15 degrees, gray skies and graupel, those icy pellets that stung my face and hopscotched along the sleeves of my down coat as I trudged along.

I took the car for a little spin before I left for my walk, and, upon my return, I glanced at the odometer, and discovered I have driven more miles than I have walked so far in 2017!

Well, perish that thought, so …

Those annoying little ice pellets made me pull my scarf up around my face to keep warm, and, I decided to forego the planned trip to Council Point Park in case the asphalt path was icy. So, the peanuts packed in my pocket went untouched, and, I just did my old standby of Emmons Boulevard instead.

The Canada geese were plentiful as I paused on the footbridge. Some were walking on the nearby grass, but most were in the water.  They were honking loudly, their noise sounding rather loud and obnoxious like your first tricycle’s toy horn that you tooted incessantly, which used to drive your parents crazy.

When I got up this morning, I switched on the news first thing, as I usually do. I heard the strains of the theme song from “Perry Mason”, and immediately knew that someone must’ve died from that show.  Sure enough, it was Barbara Hale, who played Della Street, Perry Mason’s loyal secretary.

How my mom loved that show. She didn’t watch much television, but she wouldn’t miss “Perry Mason”, a black-and-white T.V. series about a brilliant defense attorney.

Did he ever lose a case? I doubt it.  I was too young to enjoy and appreciate the show, but would sit in front of the T.V. with my mom to be companionable, and watch that great, Canadian-born actor, Raymond Burr, battle it out in the courtroom every week.

While dwelling on Della Street’s demise over my morning oatmeal and coffee, I heard a story on the radio about an antique appraiser, Dr. Lori, who is in town for the Novi Home Show. Dr. Lori was running down a list of vintage items which are surprisingly in demand these days.  One of those vintage prized items was a Royal typewriter, circa 1950s, which goes for $75.00 to $100.00, unless you are lucky enough to find one for a song at a garage sale or flea market.

Depending on your age, you may never have used a typewriter, let alone a manual one. My mom had an old Royal portable typewriter, left over from her business school days.  She kept it for correspondence and I used that machine throughout high school for term papers and school projects.  It opened up like a piece of luggage, and you left the typewriter inside the case to use it.  Whatever surface you plunked that typewriter case onto, once your fingers began pounding the keyboard or smacking the carriage return, that typewriter vibrated like crazy.  It sometimes made it difficult to type as accurately and with perfectly poised fingers, as persnickety Miss Miller, our ninth grade typing teacher, had preached to us about.

By the time I got to college, there were many more term papers to write, so my parents traded my mom’s old Royal in on a refurbished manual Smith Corona, a large stationary machine, which sat on its own metal typing table. It was slick and efficient, but, I kind of missed the rickety Royal, with its red-and-black spool ribbon and old-fashioned high keys which were spaced wide enough apart for your fingers to occasionally poke through the empty spaces as you were clipping along.

Just as the death of Mary Tyler Moore pulled at my heartstrings, Barbara Hale’s character, Della Street, also gave me cause to pause.

For several years, I had the pleasure of working alongside a woman attorney who came to Wise & Marsac in the mid-90s. While she was a “newbie” associate, she was not fresh out of law school.  While working her way through law school, Juliet clerked for an appellate court judge, and, upon graduation, she continued with that judge until she was elevated to a supreme court justice.  Juliet decided she needed a change and came to our Firm and worked directly under my boss.  I took her under my wing, helping to guide her through those treacherous straits of  defense insurance litigation, a job description decidedly different from her prior duties as an able appellate court clerk/research attorney.

Juliet proceeded to ask me a million questions, and, I made just as many suggestions to her. For what she deemed my “tireless efforts”, I was rewarded with a wonderful friendship and her often-expressed gratitude.   (That, and a gift of an enamel keepsake box of Rosie the Riveter in her famous pose, proclaiming “We Can Do It!”, from the Smithsonian Museum Gift Shop. )

A fond memory for me is that Juliet liked to say I was her Della Street – in fact, she even referred to me as “Della” more often than by my given name.

I was rather amused by that moniker, and not insulted in the least. In fact, I told her that at the first law firm where I worked, the most-senior partner contacted a colleague of his one day and was told by that lawyer’s secretary that he was out of the office.  He then inquired if the woman was “Mr. Smith’s Girl Friday?”   She gave a harrumph, hung up on him, and once her boss was back in his office, he returned the phone call, prefacing their business by stating “you are never to refer to my secretary by that title ever again!”

Juliet was a tireless worker bee who lived in Ann Arbor and arrived at our downtown Detroit office every morning at 8:00 a.m. and never left before 6:00 p.m. She was married with two teenage boys and the grind of the commute and the long hours finally got to her and she resigned.  She took a job at a small law firm in Ann Arbor, where, as she told me with glee, “now I can walk to work, and go home for lunch, and putter around weeding my garden with my sandwich in my hand, then return to work with a clear head for the afternoon duties” – she loved her new life.  Because this was a time prior to e-mail, or other social media, eventually our phone calls dwindled, the Christmas cards became non-existent, and sadly, we have lost touch altogether.

I resolve that after I finish this blog post, I will check the Michigan Bar membership directory and find out where Juliet is these days, just to say “hey” again.

Memories … you gotta love ‘em when they infiltrate your mind sometimes.

Hmmm … I wonder if back in the day, the dutiful Della Street typed Perry Mason’s legal briefs on a black Royal typewriter just like the one pictured above?

[Image by StillWorksImagery from Pixabay]

4 Responses to It was a gray and graupel kind of day.