So, did March come in like a lion or a lamb? 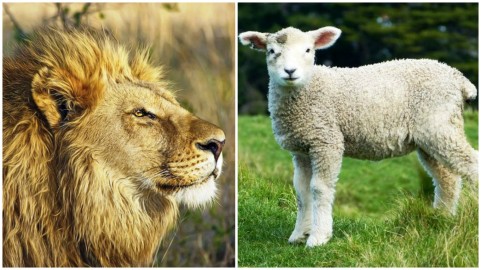 For years and years, the arrival of March 1st not only signaled turning the calendar page to a new month, but, everyone was chattering about whether March came in like a lion or a lamb.  Folklore has it that if the month of March arrives boisterously like a lion, then it likely would exit gently like a lamb.

Last week my neighbor Marge mentioned March 1st and what it would bring when we were discussing this ever-present wacky Winter weather.

Today, on this first day of March, I heard and saw nothing about March coming in like a lion or a lamb. Not a peep on the radio, not a tweet or a post on social media.  What’s up with that?

Those raucous storms in the early a.m. woke me up, so I would think March arrived like a lion, but, when I stepped outside, it was nearly 60 degrees, and mild, as if it was April 1st, not March 1st.

So, I am a little flummoxed.

Yesterday, I stayed indoors due to the rain, so I was surprised to see buds galore on Marge’s magnolia tree, and the tulips in the garden bed across the street are already about six inches high … all this happened in a mere 48 hours? Well, buds and sprouts are always a sure sign of Spring, only it is not Spring for another three weeks.

And, much to my surprise, I opened the garage to run the car, and what did I see, but three worms crawling around on the garage floor? I have never seen worms in the garage before – ever.  Ugh!  While they were not the long and juicy worms like you see on the sidewalk in the Summertime, a hungry robin would have enjoyed any one of them, or, an angler would have plucked one up in a heartbeat and jabbed it onto his hook.  While I certainly don’t mind worms, (they are slower than me, unlike spiders or centipedes), I was still a little dismayed to see them.  I can only guess that we had so much rain that it saturated the ground and so they crawled under the sweep and into the garage seeking refuge.

Sometimes nature versus mankind is way over the top ….

When a determination is made as to March’s arrival, i.e. lion versus lamb, be sure to let me know, okay?

4 Responses to So, did March come in like a lion or a lamb?