A little sun is good for the soul. 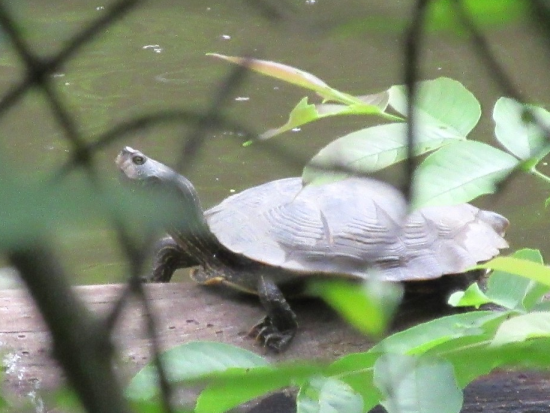 It was so chilly in the house this morning, that after the alarm buzzed, I promptly shut it off and my warm hand met the cold metal clock. Yikes!  I quickly burrowed back into the covers, with only my head exposed, to stay warm.  It was 72 degrees in the house when I eventually got up and at ‘em, but, to me, it felt very cold, even though it may not have been frosty or polar-like on this first day of June.

Finally, the stiffness of pulled muscles from two days of yardwork have left. Even though I walk 3 ½ to 4 miles a day, all those steps don’t really make you limber.  I woke up feeling like a Mack truck ran over me the day after each yardwork session during the long holiday weekend.

Reluctantly, I finally flipped back the covers and padded down the hall, intent on wrapping my hands around a hot cup of coffee, which would warm my fingers and my innards at the same time.

Last week, I decided no more running the furnace until the Fall. For the past decade, I have fretted about the house being too cold on those late Spring or early Fall mornings when the outside temps hovered around 50 degrees.  That was because, since 2006, I worried about Sugar, then Buddy, my pet canaries, and that they would be too cold, so I cranked up the heat for them.  But, now that both are gone, I will just put on a sweater and deal with the chilly house.

When I finally headed outside, I decided to take the car for a spin and leave it in the parking lot while I walked my four miles, which is two entire loops at Council Point Park.   Each walker I passed made a comment on the sunny, but cool weather.  But, they were not registering complaints, as if Mother Nature would listen even if we did complain.  We walkers sure were enjoying these cooler temps.  After all, who really wants to traipse along the trail during a hot Spring and Summer like we had last year?

Today, I saw more people than critters, thus no photo ops. I may have taken 90 pictures the other day, but since waterfowl and squirrels are on the move most of the time, a lot of those photos end up being duds.  But, many of the shots were indeed salvageable, and I’ll be sharing them in future blogposts, like this turtle on the log I discovered last Sunday.

There are always the songbirds present, even if the ducks and geese are absent, but the squirrels must’ve been hiding as well, save for one lone squirrel who pestered me for peanuts. He spied me coming down the path and scrambled over to greet me, just like Lassie used to come running for Timmy when he stepped off the school bus.  Gee, it made me feel kind of special for a few moments, until I got a grip and realized I was merely one of several benefactors to the Park squirrels.  This morning, I ditched the coat, and thus had tied a grocery store bag onto my fanny pack to hold the bag of peanuts until I needed them.  The chill morning air made my bare fingers numb, so I couldn’t get the knot opened.  That squirrel did not have a lot of patience for me and my clumsiness in attending to his needs, so he paced back and forth, as my cold fingers struggled to gain access to the bag, and, then I still had to open the Ziploc bag.  In short order, that squirrel became downright fretful and finally stood on my left shoe, then on his haunches, as he tried to reach the bag himself, perhaps thinking I was ignoring him.  Well, that was cute and daring of that little squirrel, and, I finally settled him down by rattling the bag to announce I would be dispensing peanuts onto the perimeter path for him.

I guess there are more inhabitants underwater than the lowly muskrats, bullfrogs and cute turtles at the Ecorse Creek. This morning, a man was fishing from the cement precipice.  He cast his line way out, dropping the baited hook into the murky waters of the Ecorse Creek. If it hadn’t been a work day, I’d have stopped and chatted, and asked if he was there for sport, or, anticipating a fish of some sort, because I’ve never seen a fish bigger than a minnow jumping around in this Creek.

I had just started on my second trip around the perimeter path, when suddenly the pale sun morphed into a bright sun, and the whole Park was bathed in sunbeams. Ahh  – finally I might warm up a bit.  As I passed the half-submerged log in the Creek, I noticed the contingent of turtles had made their way out of the cold water and onto the log.  Maybe they ought to call this slight bend in the creek “Turtle Creek”?

The turtles were lined along the log, sunning themselves, feeling the warmth of Ol Sol on their shells, their heads and legs exposed. I could finally push up the sleeves of my sweatshirt and felt that burst of warmth as those rays bounced onto my bare forearms and my head.

A little sun sure is good for the soul, isn’t it?

4 Responses to A little sun is good for the soul.