The Winter Solstice has arrived. 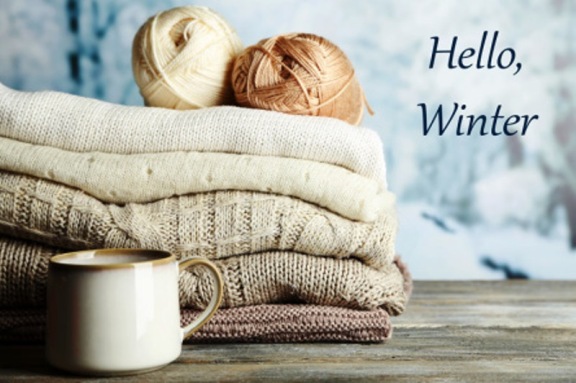 Winter made its official debut at 11:28 a.m. with the arrival of the Winter Solstice, the shortest day of the year if you live in the Northern Hemisphere.  That’s a sobering thought … for me anyway.

But, on a brighter note, after today we’ll start that long journey, creeping ever so slowly toward the Summer Solstice.  Ahh, longer days, sunshine and warmth … more walking days for sure.

I wish we could speed things up a little.  I won’t even get greedy and wish it was the Summer Solstice now.  I would be satisfied if it was the first day of Spring.

Well, I’m happy to tell you I finally made it back to Council Point Park.  I returned yesterday, still wearing heavy-soled hiking boots, as I anticipated snow and ice on the perimeter path.  I knew I’d need to watch my footing and be wary of those tricky slick spots, but I was able to navigate them just fine.

I was toting peanuts, a couple of withered apples I’d set aside a week ago, plus a runty-looking clementine, which looked to be unpeelable, though I was sure a sharp set of squirrel teeth might just rip that orange dimpled skin off in a heartbeat.  Good thing I was packin’ treats, since I was rewarded with a visit by a trio of squirrels just as soon as I began my trek along the perimeter path.  My treat load was a little lighter than when I left the house, however, having been hit up for peanuts by the squirrels on Pagel Avenue, as I meandered along that street enroute to the Park.

I poured out some peanuts and put the fruit nearby.  And, just like the little kid who peers into his Christmas stocking, then rips the foil wrapper off the marshmallow Santa, but leaves the orange hanging in the sock’s toe, the squirrels were no different.  They sniffed and left behind the fruit and took the peanuts to go.  They each took two peanuts, high up into a tree, to their respective hidey-holes.  The squirrels must have been weary pawing through that near-foot of snow that accumulated before our big thaw, so this time their stash was tucked away safe and sound … and within reach.

Two guys were sharing that perimeter path with me yesterday, and we lamented over the slick patches and that it was their first day back to Council Point Park as well.

The Ecorse Creek was still frozen over in some places, but mallards were paddling along in the cold water in other parts of the Creek, seemingly unperturbed by the thin skim of ice that surrounded their bodies.

I went back to the Park again today, but wearing my walking shoes this time.  I still toted treats, and the camera, but the squirrels were scarce this morning.  It was nippy as I wound my way around each walking loop.  Just like yesterday, I left the camera tucked inside its pouch – the scenery was just unremarkable and I wanted to stay focused on my footing.

I visited with Mike, the only other walker on the trail this morning.  He is finally wearing long pants, having worn shorts up until December.  Mike tells me he can walk faster in shorts, plus he does an admirable job of picking up the trash along the trail.  He does it because he likes to see Council Point Park looking good.  Like me, he also doles out peanuts to the squirrels … he beat me to the trail this morning, probably accounting for less squirrels begging at my feet.

Three and one-half miles yesterday and another four miles today, plus a visit to my favorite nature nook.  Who could ask for more?

P.S. – I am happy to have added several new subscribers to my blog and I thought I’d provide this four-season snapshot of the same fork in the path at the beginning of the trail at Council Point Park since I refer to this Park so often in my posts.

2 Responses to The Winter Solstice has arrived.