These Spring-like temps are sorbet for the soul. 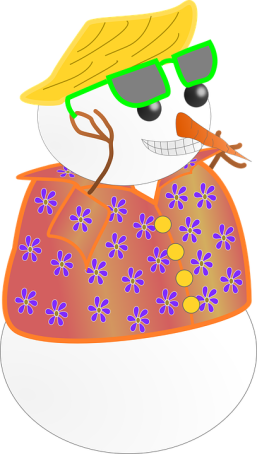 Mother Nature relented a little today and teased us with a record-breaking 57 degrees.  It was positively blissful to step outside on a 50-degree morning.  For a minute I thought we skipped ahead to Spring.  The temperate weather almost made up for two weeks of bone-chilling temps, multiple snowfalls and back-to-back mornings that began with freezing rain.

I had to take the car out for a spin, so I headed out early, still in boots and not willing to risk wearing walking shoes just yet.  I drove over to Council Point Park, and, as I rolled along River Drive, I glanced over at my favorite nature nook and there was not a single soul walking along the perimeter path, so I didn’t even pull into the parking lot.  I had my misgivings anyway, as I’ve slid a few times as early as mid-October when the perimeter path was slickened up with black ice.  So, I headed back home again, tucked the car into the garage and headed to Memorial Park to do a few laps on the grass.

As I walked through the neighborhood to get there, I realized that the late March feel was just that – a FEELING only, as the streets were still studded with patches of ice, so my route was a little dicey.  There were no bright-green tulip or daffodil blades poking through the still-cold earth, nor, any delicate snowdrops peeking through a thin layer of ice.  Nope, sadly it is Winter that is still in full bloom.  I was amazed how the snow has almost vanished, especially since we just got another 3-inch snowfall Sunday night.  The ‘hood snowmen are mere images of their former selves, having slimmed down considerably once the balmy temps set in – wouldn’t we humans just love to shed that pound or two or three gained from gobbling holiday goodies just as easily as those snowmen!

This weather is just so crazy, leaving us dazed and confused.  The Plymouth Ice Festival begins tomorrow and the all the carvers’ handiwork had to be protected with dry ice for the first time in the history of this annual event, otherwise, those finished ice carvings would have been reduced to a lukewarm puddle.

Unfortunately, this delightful sorbet, a brief pause in Winter, will have a fate like Cinderella’s magical evening, as reality sets in once again with more freezing rain and another 2-4 inches of snow Friday.

I was glad to add 1 ½ miles of steps to my tiny tally – the year is young, but every little bit counts.

[Image of snowman by Open Clip Art from Pixabay]

4 Responses to These Spring-like temps are sorbet for the soul.