It was a footrace between Mother Nature and me this morning …

… but I got into the “W” column for a change.  The online weather forecast predicted snow showers, and even squalls, for 8:00 a.m. and again at 10:00 a.m. – so, I wondered “will it be too slick to get to the Park, or, … will I get caught in heavy snow while there, or walking home?”  Clearly, timing was key, and the weatherman kept saying “the squalls are coming” as I was tapping my foot, as it took forever to get light enough to venture out.  As of now, no snow ever arrived – the weather is just crazy!

The strangest thing happened early this morning.  I dreamed that the alarm went off and the dream was so vivid that I actually got up, walked down the hall, turned on the kitchen light and put the radio on to catch up with the news and weather … (it’s always about the weather with me as you know, especially as I head into the home stretch toward my walking goal).  I never glanced at any clock after I got up, but, what I did hear were the voices of the overnight newscaster and traffic reporter.  Puzzled, and still half-asleep, I glanced at the stove clock and it was 2:58 a.m.!  Shaking my head, I shut everything off and went back down the hall for a few more hours of shuteye.

When I was ready to go, I packed my pockets with lots of peanuts and headed out.  The wind was blowing and rustling the rest of the dead leaves, which are brown and crisp and still hang precariously on slim stems, wiggling with each whisper of wind.  It sure felt colder than just 34 degrees! 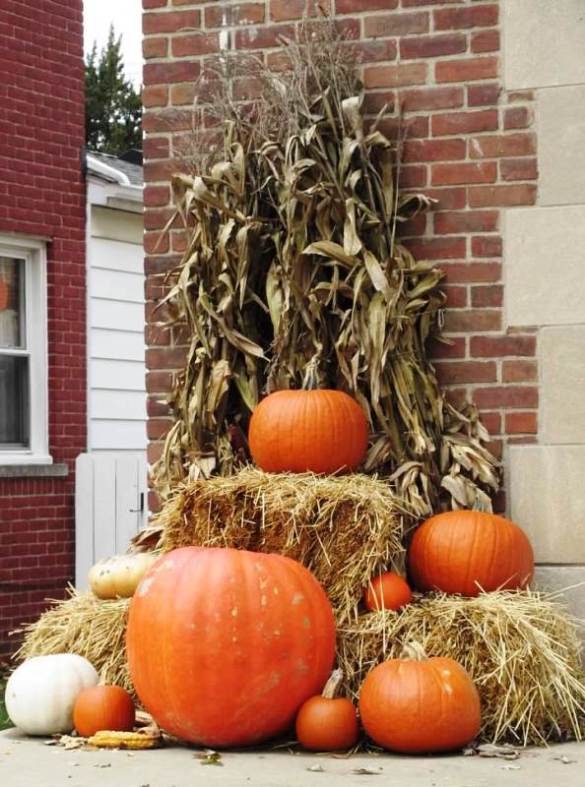 The squirrels were plentiful and eager to glom onto some peanuts.  The walkers were few.  I believe we have lost some of our “regulars” who are now resorting to mall walking or treadmills.  One walker stopped me to ask if I’d seen any coyotes this morning; apparently there are five coyotes now.  They have been spotted at the business across the Ecorse Creek at their pump station.  I asked how they got over there from the Park since there is no footbridge – “they swim across” was the answer.  I said “coyotes swim?” and as soon as those words left my mouth, I realized it was probably a dumb question – of course, if dogs can paddle and coyotes are considered wild dogs, then obviously they “coyote paddle” across the Creek.  I Googled when I got online and the “National Geographic” site says coyotes are good swimmers.  I know more about coyotes than I really ever cared to know and I wish they’d leave this area.  People have reported them jumping the fence and hanging out in a schoolyard in the local crime forum. 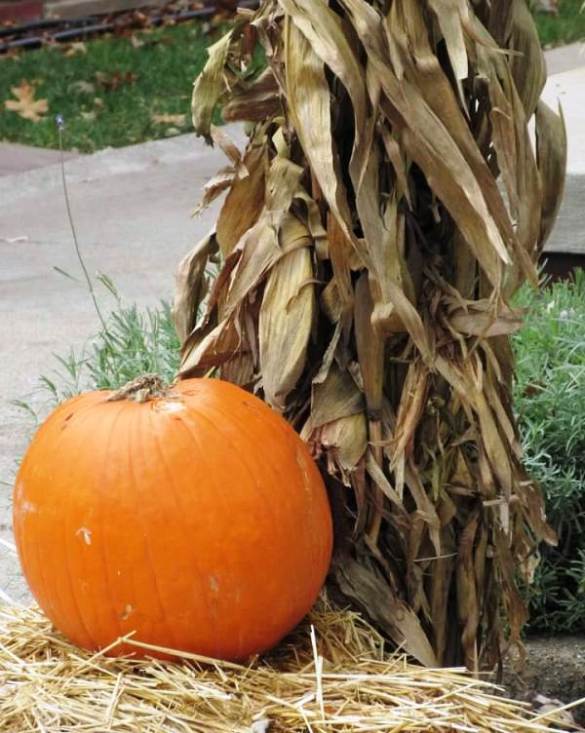 I tried counting noses at the Park, but, with the exception of Stubby with his half-tail, all the squirrels, even Parker, are looking alike with their rolls and heavy fur coats while waddling along the perimeter path and begging for peanuts.

A few days ago I took down the cheery Fall wreath as it stopped feeling and looking like Fall after that third bout of nuisance snow.  Those frosty crystals slickened up the streets, but it melted by afternoon.  Monday we had freezing fog and black ice and there were tons of accidents so I stayed put.  We are having very cold weather for Thanksgiving Day – the daytime high will be flirting with the freezing mark.  It will make for a brisk walk for sure on Turkey Day.

I missed the guy who volunteers for “Meals on Wheels” this morning.  I see him two or three times a week as both he and I wend our respective ways down Pagel Avenue.  He has a burgundy van and two dogs who station themselves at the car door windows – they guard the hot breakfasts safely packed inside the van and bark at anyone who passes by, including me, even though their owner tells them it’s okay.  This man always wears a big smile, waves and we exchange pleasantries.  Often the smell of breakfast wafts through the air long after he has moved on to the next senior’s house bringing goodwill and goodies.

It is a good thing we are soon moving into the Christmas holiday season since I’ve exhausted my scarecrow and harvest décor photos.  I do like scarecrows and can’t resist snapping photos of their always-happy faces. 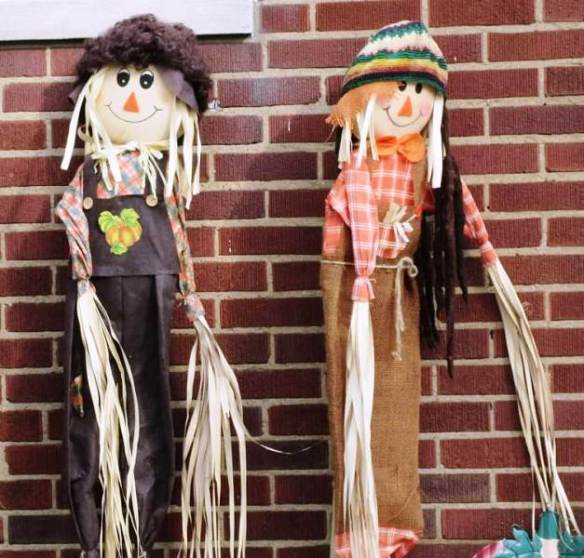 I heard this morning that 54 million folks will travel 50 miles or more to see family and loved ones, or, perhaps even just have a four-day getaway.  I will be traveling significantly less than 50 miles in my car tomorrow, but hope to be putting at least six miles on my feet!

Best wishes and blessings for your Thanksgiving Day holiday!