It was a perfect morning to go fourth … 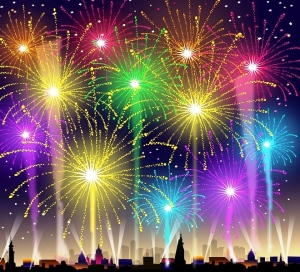 We’ve been blessed with beautiful weather thus far this long weekend and you’ll hear no complaints from me about the sunny skies, lack of humidity and coolish temps. I was up and at ‘em early with a firecracker start as I had a long constitutional planned and a list of outside chores slated for my holiday agenda.

This morning I planned to visit and walk around four different parks, with stop #1 at Council Point Park, where it was very still and serene allowing me to be infused with the beautiful nature setting. Just like the neighborhoods that were so quiet as people slumbered away on this middle day of the long holiday, I think the squirrels and birds were also fast asleep. Down near the Ecorse Creek, even the elusive burping bullfrog was not bathing this morning, but tucked away out of sight and the geese and ducks were missing in the murky water as well.

So, after one trip around the perimeter path, I left Council Point Park and headed along River Drive until I reached Lions Park. They have a similar trail and a view of the Creek. I was alone with my thoughts once again as I walked around, peering through the bushes and trees for a sign of life, but there was none.

I was still full of energy, and wavered on returning home to work versus lingering a little longer on my walk. The weather was simply gorgeous and I really was in no hurry to get home to start the chores I had assigned myself for today – weeds, trimming the bushes and washing the house down. So, without much hesitation, I decided to officially declare my independence from any work on this July 4th holiday and make a couple of more pit stops before returning home.

I stopped briefly at Ford Park, then made my last stop Memorial Park. I meandered through the pavilion area and sat a few minutes on the benches across from the war memorial where I checked on the progress of the Band Shell. There was a drive here in the City to raise money to refurbish the Kennedy Memorial Park Band Shell, a 60-year old structure which had been in disrepair for some time. The rehabbing is nearly done, and I saw the “shell” has been painted a bright white and that new paint job shone like a beacon through the trees. The crumbling cement stage has undergone extensive repair and the acoustical system restored to its glory. The City’s contractors are rushing about madly as the Band Shell will celebrate the renovation next Saturday with a special guest appearance by the group MC5, who made their debut on that very stage a half-century ago.

Finally I was pooped out, so I headed for home where I checked my pedometer and found I had added another 5 ½ miles toward my ultimate goal.

Hope you have a restful and happy 4th!

2 Responses to It was a perfect morning to go fourth …