A little bit of March madness … 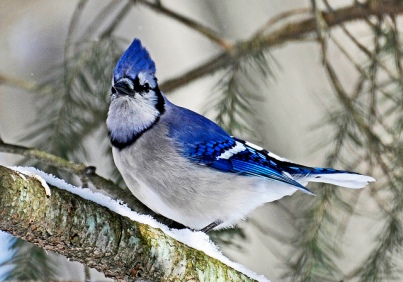 I detect a little March madness in the air, even though college basketball’s annual rite of Spring is a few weeks away.

Last night, I was lamenting over the weather when I set the alarm just before I hopped into bed. My boss was going to be out of town, which would have afforded me a day to myself, but being the Winter driving weenie that I am, I knew I would not even pull the car out of the garage.  The icy roads and sidewalks put a kibosh on any walking as well.  So, with those odds against me, I figured I’d treat myself and sleep in late and enjoy the respite from the routine.

Well that was all good, except at 3:00 a.m. a noise startled me. I heard low voices.  Well, what the …?  I sat straight up in bed and listened for a minute or two, my heart pounding.  Then, there was a commercial break and I let out a deep sigh of relief.  I scrambled out of bed and headed to the kitchen where the table top radio was on, as was the bright red alarm button icon on the digital screen.  It was an AM station I’ve never heard of. Now, I’ve owned this radio for years and never used the alarm function, so obviously I hit the “alarm set button” the last time I used the remote yesterday.  Sadly, that little disturbance kicked me right out of REM sleep, and, by the time I walked back down the hall, and slid beneath the covers, I was wide awake and cursing my not-so-nimble fingers before I nodded off to dreamland once again.

When the real alarm finally sounded right near my head, I was reluctant to get up. I listened to the news before venturing outside to see how cold it was since it’s just a short trudge out to run the car, so perhaps I could leave off a layer or two.  The local news was chock full of the GOP debate happening tonight here at Detroit’s Fox Theatre, as well as a slew of sound bites of vitriol being spewed by each candidate.  I waited patiently, though I barely made it to the weather before I switched off the radio.  Really?!  The campaign sounds more and more like bullies in a schoolyard every day.

I got dressed and headed outside to run the car. While I waited for the choking exhaust to evaporate in the garage, I eyeballed the street and sidewalks and there were many icy patches, so I knew my decision to skip the walk was indeed valid.

The porch was a sheet of ice, and the mailbox lid had frozen droplets of water hanging along the scalloped edge. It looked kind of unique, but that ice had once again sealed down the mailbox as if a layer of Krazy Glue had been applied.  I had to wrestle with the lid just to get it open.

Out of the corner of my eye, I noticed a pudgy robin, who was huddled on the post of the split-rail fence. His reddish-orange breast was a brilliant slash of color in his otherwise drab-looking plumage … in fact, it was the only hint of color I saw outside on this dreary and sunless morn.  He wasn’t very big and wore a disgruntled look, either because he was cold or hungry, or both.  Even though I’m not fond of robins, I felt badly for him.  I’m sure there weren’t many grubs or worms lurking about on this frosty morning.  I had nothing inside the house to offer him – chunks of bread or bagel wouldn’t make his day, but I assured him that I shared his pain and Winter is not my favorite season either.

I shut the garage door, then started to head back inside. Despite my heavy lug-soled boots, I walked carefully, taking baby steps to avoid wiping out on the slick patches on the sidewalk.

I noticed a squirrel happily scamming birdseed from one of my neighbor Marge’s many feeders in the back of her yard. He sat beneath the feeder lapping up the spilled seeds that were scattered on the snow, while the disheartened sparrows silently waited in nearby bushes for him to finish and move on.

Suddenly, an angry blue jay started calling, and the squirrel, as well as me, immediately looked up at the big fir tree – me to admire the jay’s beauty, and the squirrel … well, he was savvy enough to know that a blue jay’s beak is a lethal weapon, and he might just use it when he finds a furry critter stealing his brethren’s birdseed.

It seems that everyone is angry these days.

As I closed the screen door, I glanced over and saw the squirrel was gone and a bevy of brown feathery bodies had descended on the feeders that were rightfully theirs.

Though his screeching filled the morning air, and he surely made his presence known, I never did see that jay, but I wondered if it was the same one I wrote about the other day. I’m sharing a picture taken by photographer Rodney Campbell, which he entitles “Blue Jay in Winter” – I know I’ll never be lucky enough to take such a beautiful shot myself.

Be kind whenever possible. It is always possible. – Dalai Lama

4 Responses to A little bit of March madness …