A goal has been met; goodbye to November. 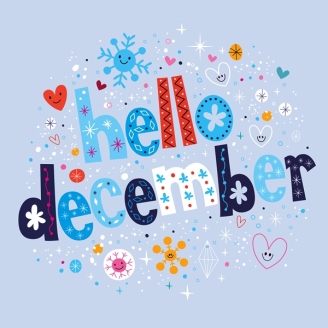 December has arrived, and, it was as if Mother Nature put her hands on her hips and said “enough of this beautiful weather … it’s time to match the calendar page to the weather forecast and roll out the cold and snowy stuff!” (Yes, I’m sorry to say that the “s” word is being bandied about for this weekend.)

In suiting up to head outside, I was a tad conflicted. The weatherman reported it was raining for some, snowing for others … someone even remarked that it was “snaining”, one of many oddball terms coined by the late Sonny Eliot.

When it was finally light, I headed out because there were miles to be walked and a goal to be met. That wintry forecast for the beginning of next week and beyond gave me cause to put a little pep in my step.

I returned home having passed 719 miles … all I needed to do was surpass last year’s total miles walked – 718, and that one more mile did the trick. With an eye to next week’s wintry forecast, perhaps I’ll break out the brand-new hiking boots I bought last year.  Because of El Nino, I stayed in walking shoes until the nasty snow machine kicked in mid-January, then walks were not as plentiful and boots were the norm.

In the meantime, any miles gleaned until this year concludes are bonus miles, and a higher bar to set for myself in 2017.

4 Responses to A goal has been met; goodbye to November.