Forty feathered friends at the footbridge. 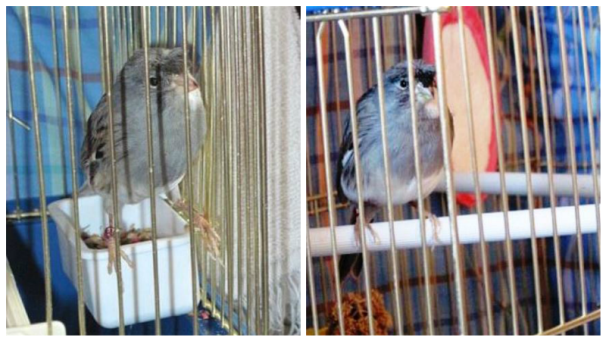 Whether we like it or not, snow is supposed to descend on us … soon our neck of the woods will look like a snow globe. As you know, I’m no fan of snow, not even to set a festive mood by creating a white Christmas.

So, with that forecast for the white stuff in mind, I hurried out this morning to get some miles walked before the snow began to fly. Even though I’ve reached my goal, I still want to keep walking until year end.

I headed toward Emmons Boulevard where I stopped to admire some additional decorations since the last time I walked down that street on Thursday.  As to Christmas outside décor, I like an understated touch … my favorites are the lighted, white wire reindeer and the icicle lights … subtle twinkles that light up the night.

I went to the railroad tracks and then headed back.

Along the way, I stopped on the footbridge, where at least forty ducks and geese were splashing happily in the ice-cold water. They didn’t stay with their kind, but instead drifted lazily in the water, nibbling at reeds at the water’s edge, dipping their head for a drink or preening themselves.  Every so often, one rabble-rouser would decide to stir things up a bit verbally, but the others didn’t pay any attention and went on about their business.

I paused to watch them, just as I always do … that chance afforded me to catch an up-close glimpse of nature in the middle of the City is always a delight for me.

But today, as I stood on that footbridge, I was once again awash in sadness as I watched those feathered friends splashing and calling out to no one in particular.

They made me think of my little feathered friend Buddy, and, as I watched them, I felt tears leaking out of the corners of my eyes and dropping down into the murky waters of the Ecorse Creek.

You see … my Buddy has crossed over to the Rainbow Bridge.

You may recall just on Thanksgiving Day I wrote a post about the joy and companionship he has given me; I was grateful for that little beacon of light in my day. His very presence made me a kinder and softer person in this often-cruel world.

Sadly, that beacon of light has been extinguished and my sadness the past few days has been almost too much to bear.

Buddy rallied back after a respiratory infection and was seemingly 100% healthy once again.

Then, a few days later, suddenly he kept shutting his eyes and leaning his little mop top head against the cage bars, like he had no energy.

I began to worry.

The next morning when I got him up, he seemed to have lost the coordination that enabled him to hop or fly from perch to perch, and he kept tumbling onto the cage floor. This went on for most of the day, along with prolonged bouts of sleeping in the corner.

Friday morning he was worse, and could not move from the bottom of the cage … he looked at me, with bright eyes, and he seemed puzzled by his lack of mobility as he kept trying and trying to move around his cage with no success. Worried, perplexed, and sobbing uncontrollably over Buddy’s behavior, I asked my dear friend Marge if she could take us to the vet.  The consensus was that he had suffered a stroke and we had him euthanized on Friday morning. I will pick up his ashes after the holidays are over.

There is an expression that good things come in small packages – this little bird captured my heart and had me wrapped around his foot. I am sad as I sit at my computer and no longer feel his presence as he sat on the butcher block, only a few feet from me.  There is now an empty spot in the corner.  Several times in the last few days I have forgotten myself while sitting here and called to him out of force of habit.  I interacted with him constantly  … but this time there is no peep as a response.

All God’s creatures, no matter how large or small fill our hearts with joy.

Rest in peace Buddy … you are missed.

I am including two of my favorite pictures of Buddy taken shortly after I got him in December 2010, as well as an excerpt from “Lend Me A Bird” … the words give me some comfort at this time.

“I will lend to you, a Bird”, God said, “and teach you all you have to do. And when I call him back to Heaven, you will know he loved you too.” ~ Anonymous

18 Responses to Forty feathered friends at the footbridge.