Hounds sporting holiday sweaters and some hints and hacks. 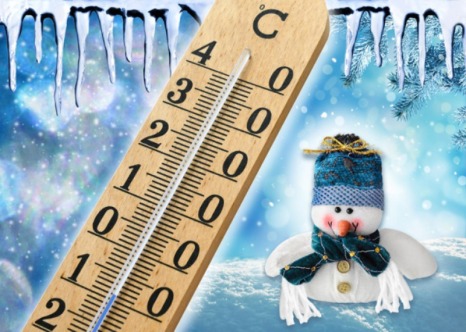 What a difference a day makes … peering out the window this afternoon, it looked beautiful with the sun out and cars whizzing by at the regular speed – none of the treacherous driving that was evident yesterday.

Surprisingly, no mention of icy and dicey weather had been predicted … just a blustery morning with a brutal wind chill.

But, five minutes into my journey Thursday morning, I knew that no good was going to come of those icy pellets that were stinging my face and grabbing onto my coat and not letting go. When I first set out, it was gloomy looking, and the streetlights were still on, even though it was late.

On the return trip down Emmons Boulevard, those icy pellets were dancing along in the middle of the street, doing some pretty fancy moves … oh those dips and flips and swirls, often congregating curbside, but, eventually, that conglomeration of crystals would begin to wreak havoc on the streets making them slick.

As I got closer to home, I walked by Ford Park, where I crossed paths with a woman I see nearly every day when she walks her two dogs. We often chat because we are on similar schedules.  During our conversations, those dogs are constantly eyeing Ford Park’s grassy grounds, straining at the leash to break free of her and roll on their backs in the grass.  She always indulges them, patiently standing there holding the length of the two leashes limply in her hand, while they enjoy their little tumble.

But, there would be none of that yesterday because a cold wind was blowing and she had her fur-edged parka hood up, plus a muffler covered the midsection of her face, with her eyeglasses filling in the remainder. Those dogs were clad in holiday woolen sweaters.  The pint-sized pooch had one with a Christmas motif and the larger dog sported two sweaters – a plain and a striped version, since one would not cover his entire back.  Parts of him resembled a warm-and-fuzzy candy cane.

Of course we stopped briefly to commiserate about the cold weather, as those two doggone cute pooches patiently stood by her side, eager to break free to roll on the frozen grass, or, to get going as soon as their mistress stopped visiting. I wished I had a camera with me, but I knew it was cold and blustery and since my down coat does not have big pockets, I have to unzip and practically climb out it to reach the camera and then fumble with cold fingers to take a shot.   So, I left it behind.

I got home and ran the car and was glad to hear the furnace humming as I opened the door.

Based on the predictions for a lot of snow this Winter, I bought a second shovel in case the original one broke. I figured it was time to head down to the basement and spray the backup shovel with Pam cooking oil to get it all primed for this snow extravaganza they are calling for this weekend.

But, there was a sticker on the blade portion. Annoyed, I yanked off my glove and tried to pull a corner of the sticker, but, I got about an inch ripped off and no more.  Using my fingernail, I pushed and peeled and scraped that silly sticker to budge it off the front of the blade to no avail.  So, spraying Pam would have been a total waste of time.

Last night I knew it was time to consult my mom’s treasure trove of handy hints books she collected through the years. Nowadays, of course, we have those internet hacks people pass around that instruct you on how to do just about everything, or, there’s always YouTube.

Well, some of those hacks may work, but I decided to rely on the old tried-and-true methods instead.

I just might have to give in to that foul-smelling “Goo Gone” to solve this sticky wicket if the hairdryer blasting hot air on the paper sticker, or slathering creamy peanut butter on the adhesive residue doesn’t do the trick.

The peanut butter sounds easy enough, but … will every squirrel in the neighborhood be sniffing appreciably and following behind the shovel and me?

Now there’s some food for thought …

4 Responses to Hounds sporting holiday sweaters and some hints and hacks.