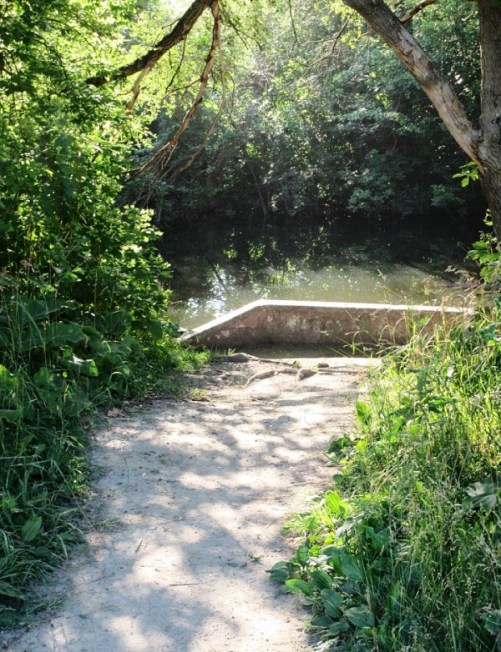 Well, my boss has been vacationing in Michigan’s Upper Peninsula all this week.  I could have told you the weather would’ve been ugly at least a couple of the days, and sure enough it was.  Crummy weather always happens whenever Robb is out of the office and I have extra time for myself.

Tuesday morning I kept peering out the door as the weather folks said “rain by 9:00 a.m.” thus prompting me to think “should I stay or should I go?” …  you know me, I am such a weather worrier, but, not wanting to miss out on any miles, nor my morning walk, I threw caution to the wind, put on my raincoat, grabbed an umbrella and off I went.  My journey was short indeed, since I reached the end of the driveway and the first sprinkles started.  I hightailed it back inside the house like I was made of sugar, and soon a steady drizzle ensued.

I did get in a walk on Wednesday.

But Thursday, there were those pesky raindrops again, however, I had not suited up to go and was still in my jammies when that torrential rain began.  It never let up for at least an hour, giving our gardens and lawns a great soaking, but unfortunately, another walking day went down the drain for me.

Today Mother Nature cooperated, and I knew a trip to Council Point Park was in order.

I was happy for the stiff breeze and lack of humidity since I was loaded down with my usual “gear”, i.e. camera, phone, keys, pepper gel, plus peanuts in a mesh bag swinging from a clip on my fanny pack.  In my right hand I gripped a Meijer bag, which sagged with the weight of its contents … it was filled with painted rocks.

This morning I was not only at the Park for pleasure and to bulk up my miles, but I was also on a mission.  My dear friend Marge Aubin, who passed away on Monday, followed the “Downriver Rocks!” Facebook site, as do I, and she was totally immersed in this craze.  She had been painting rocks for weeks, and, at the beginning of August had sent me a message to ask if I could pick up her finished rocks sometime, then hide them at Council Point Park.  She added a postscript to that message:  “I’m no Picasso!”  That gave me a laugh, as I’m not either, though I dabbled in pastels and charcoals a wee bit back in my teens.  I promised to retrieve those decorated rocks and visit with her as well, but sadly that never happened, so her granddaughter, Monique, brought those creative gems to me so that I could complete her wish.

I began that mission  with 34 rocks, some painted with positive sayings like “Peace”, “Love” or “Smile” and others, which were festooned with bright colors and dots, swirls, googly eyes or glitter.

My goal was to be secretive, since I chat with so many of the walkers, that I didn’t want them to see me placing the rocks around the Park.  So, I went very early and made the rounds, trying not to draw attention to myself.  These blog post photos were not taken today, but during some of my many visits to Council Point Park.

My first stop was at the water fountain, which hasn’t worked in ages, so a dark blue stone with curlicues was placed near the spigot. 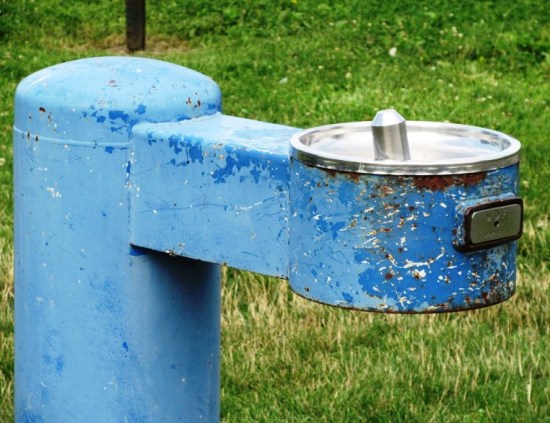 I hustled over to the pavilion area and set a pair of pretty, pale-blue polka-dotted rocks on a picnic table. 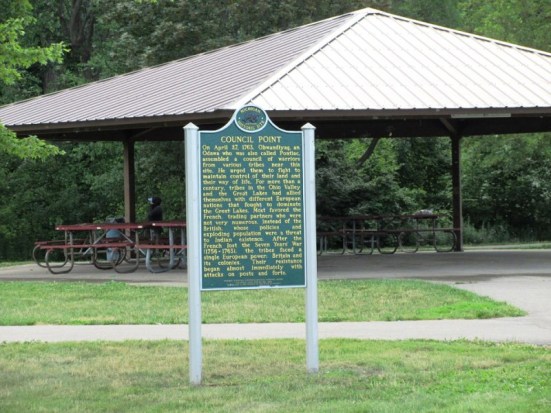 Next, I set one or two rocks on each of the many blue metal benches that I am always writing about, (hoping that my favorite squirrel didn’t think it was a nugget to chomp on, or hide away for the Winter).

The playground equipment was not in use, so I stole over to that area and was generous with my “droppings” to make the children happy. 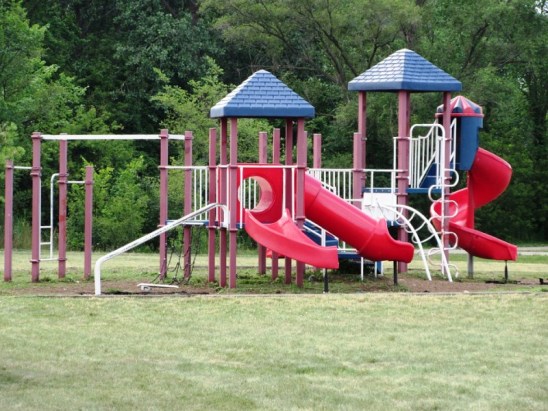 I continued on my journey, passing the inline skating rink.

I left a large flat stone emblazoned with the word “Peace” at this rink which is dedicated to a fellow school chum, David Ward, Lincoln Park High School Class of ‘73, who was a fireman here in the City, and died of cancer in 1999. 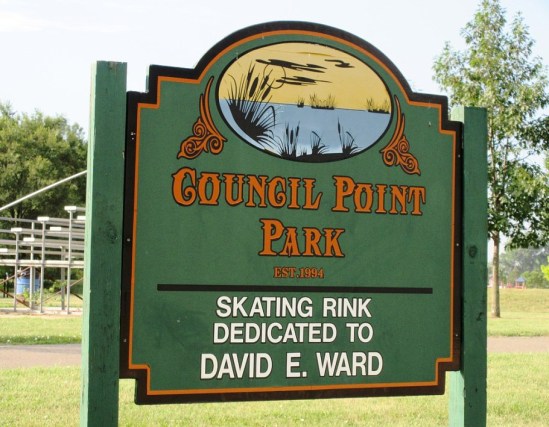 More rocks were dispensed in dribs and drabs, in some of the nooks and crannies that are off the beaten path – no use in making it too easy for everyone to find them all in one morning, right? 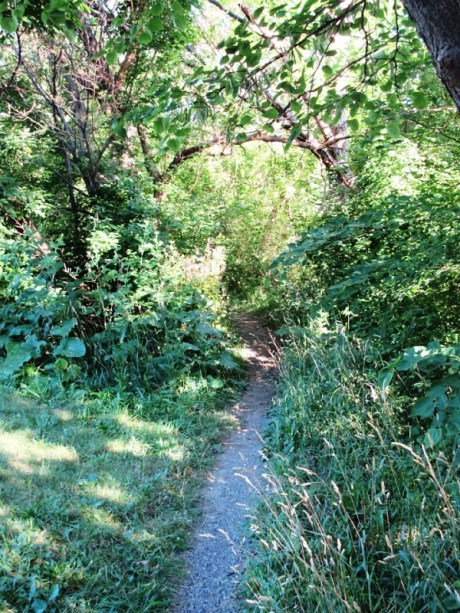 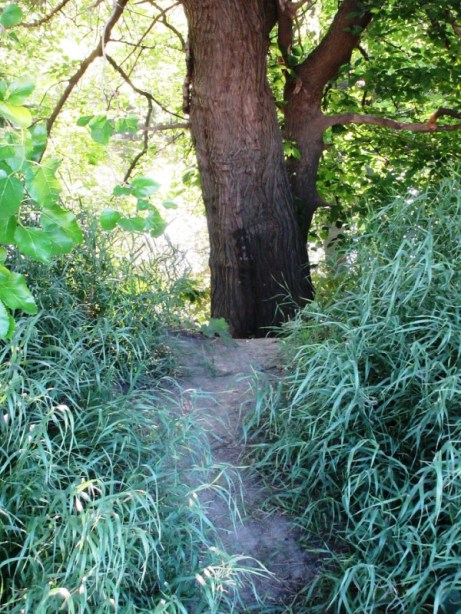 By the second time around the entire walking path, I noticed some rocks were missing, and, out of the corner of my eye, I saw other walkers eyeing those objects strewn along the side of the trail as they neared them, then bending over and picking them up.

The early a.m. Park visit, and, the fact that I kept mum on who was dropping the rocks, allowed me to pull off that secret mission, with no one any the wiser, except perhaps that green heron who was sunning itself on the cement precipice and eyeing me warily.  This must be its regular roosting site now.  That green heron suddenly took flight because I startled it, after carefully climbing down the steep grassy slope so I could set that 34th and final rock, with the cheerful message “Smile” on the cement landing near the Ecorse Creek.

Mission accomplished:  four miles walked and many rocks hidden for Marge, often my own rock, throughout the years.

9 Responses to Nooks and crannies.