… and it must have laryngitis by now since it is has been roaring since early this morning.

Unbelievably, yesterday we were enjoying Spring-like temperatures.  We reached 59 degrees in late afternoon, with weathermen crowing about #Pure Michigan, the slogan for the advertising campaign used to lure tourists to the Mitten State. 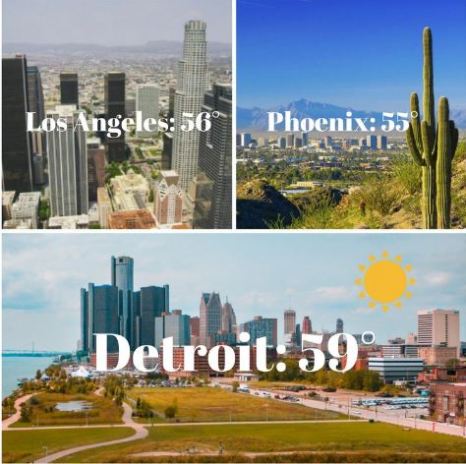 In the wee hours of the morn, torrential rain began, which continued until afternoon when the rain suddenly morphed into heavy, wet snow. 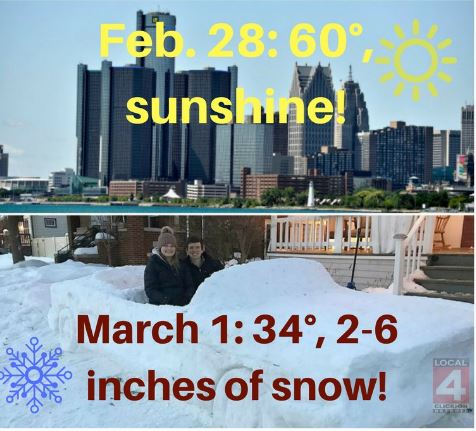 We’ve had about an inch of snow an hour, even thunder snow and lightening, and an icy mess will ensue tomorrow after the snow machine finally winds down later tonight.

My agenda tomorrow morning won’t be a walk in the Park, tripping along the perimeter path and passing out peanuts to the squirrels, but instead, I’ll be dusting off the shovel once again and getting myself in gear to hoist and heft that heavy snow.

Hopefully this weekend, I’ll get a chance to sneak down to my favorite nature nook, if the perimeter path is not still slickened over with ice and snow.

You know that I’m silently cursing the Groundhog …

This is my first blog and I enjoy writing each and every post immensely. I started a walking regimen in 2011 and decided to create a blog as a means of memorializing the people, places and things I see on my daily walks. I have always enjoyed people watching, and so my blog is peppered with folks I meet, or reflections of characters I have known through the years. Often something piques my interest, or evokes a pleasant memory from my memory bank, so this becomes a “slice o’ life” blog post that day. I respect and appreciate nature and my interaction with Mother Nature’s gifts is also a common theme. Sometimes the most-ordinary items become fodder for points to ponder over and touch upon. My career has been in the legal field and I have been a legal secretary for four decades, primarily working in downtown Detroit, and now working from my home. I graduated from Wayne State University with a degree in print journalism in 1978, though I’ve never worked in that field. I like to think this blog is the writer in me finally emerging!! Walking and writing have met and shaken hands and the creative juices are flowing once again in Walkin’, Writin’, Wit & Whimsy – hope you think so too. - Linda Schaub
View all posts by Linda Schaub →
This entry was posted in Uncategorized and tagged nature, snow, walking, Winter. Bookmark the permalink.

23 Responses to March came in roaring …