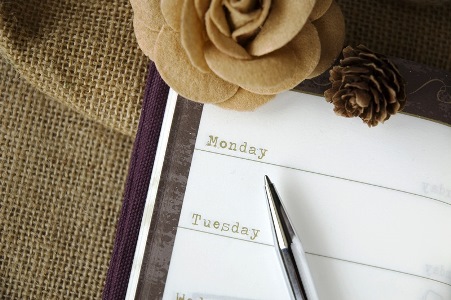 Well, it was a good run, but … it is finally over.

We’ve been blessed with two solid weeks of dry weather but today it’s been a steady rain.

You win some, you lose some.

Spring and Winter are sparring, as Spring is trying to give Winter the boot and bring in some warmer temps, but … 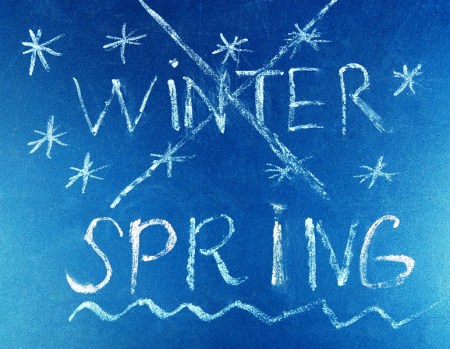 … Winter is not going away without a fight and will flex its muscles again Thursday and Saturday nights when possible snow is in the forecast, maybe even measurable snow for Easter morning.  Ugh!  Going to church in your Easter finery doesn’t mean donning galoshes, nor does it mean searching for decorated eggs underneath a blanket of snow in your backyard.

The rain ruined today’s walk much to my chagrin.  Instead, I stayed inside and even made a feeble attempt to be productive.  I confess I’ve done a lame job on household tasks, preferring to enjoy all those weekends of cold but sunny days, which were perfect for walking, taking a slew of photos, and writing blog posts to accompany all those images.  I’ve catered to myself instead of being diligent with housework and let things kind of slide, while enjoying some “me time” after our unrelenting Winter.

I also had to deal with the new speakerphone.  You might recall a few weeks ago my speakerphone suddenly stopped working.  I use it a lot for work, and, while it was great that it was still receiving calls and the speaker part worked fine, I could not make outgoing calls.  This is likely the result of my slamming the receiver down after one too many junk calls, instead of replacing it gently into the cradle.  I get a ton of junk calls, and I can’t always tell from the caller I.D. if they are legitimate or not.  I have had rogue calls by people whose phone numbers were impersonating Comcast, DTE and even AT&T.

So, for the last month, I had two phones on the table where I work – the speakerphone was still near my elbow to receive calls, and one phone on the other side of the table to make calls.  My boss is leaving tomorrow for an Easter holiday getaway and I check his office voicemail throughout the day, and the two-phone operation was not going to work so well if I had to transcribe lengthy messages, so, I ordered a new phone from Amazon last week.

Do you have “porch pirates” that trail behind the UPS, Fed Ex or mail trucks and watch packages being delivered, then go and nab them?  Well we do, and I follow the local crime sites on Facebook and it happens all the time.

I ordered the phone with a two-day delivery because the weather was dry all week, so I knew, when the package arrived with the requested knock at the door, I’d simply run to the front door and grab it from the porch.  The package was coming from Amazon’s Fulfillment Center in Brownstown, Michigan, about seven miles from here.  But, Amazon sent it out Tuesday from Brownstown, then it went to Indiana on Wednesday, then back to Brownstown again, and it was delivered to me on Thursday.  Hmmm.  That rigmarole was as bad as Fed Ex which will reroute the delivery of a local package to their main hub in Memphis, Tennessee, only to bring it back hours later to the home state.

Anyway, I opened up the box and took out all the pieces.  Easy enough – no tools needed, but where was the instruction booklet?  There was no instruction booklet in the box, although I did find an “Easy Set-Up Sheet” and a pamphlet called “Abridged Speakerphone Directions” … two sets of condensed directions, but if you needed more help, you had to get it online.  Query:  what if you don’t have access to the internet?   Just sayin’.

Technology really slays me sometimes and this phone was way different than my Radio Shack phone that I’ve had for years. 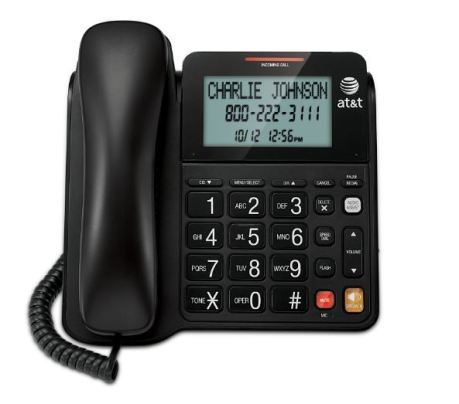 For example, it has these huge touch-tone numbers – I could make a phone call without my glasses on and not miss a beat.  I figured out how to program it for caller I.D., put some speed dial numbers in there, got the tilt angle and display just right, but, in the information window, above the date and time, I saw this:

So, I perused my handy-dandy guides to find what this code was for.  I found no information.  I decided to call myself from the cellphone to see if the code remained once the phone was used.  I cleared the call and the code was still there.  Grumpily, I decided to resort to looking online, only to discover “CL2940” was the model number for the phone.  That number remains in the window all the time, which seems strange to me and I see it in my peripheral vision.

[Image of phone courtesy of Amazon.com and AT&T]

This is my first blog and I enjoy writing each and every post immensely. I started a walking regimen in 2011 and decided to create a blog as a means of memorializing the people, places and things I see on my daily walks. I have always enjoyed people watching, and so my blog is peppered with folks I meet, or reflections of characters I have known through the years. Often something piques my interest, or evokes a pleasant memory from my memory bank, so this becomes a “slice o’ life” blog post that day. I respect and appreciate nature and my interaction with Mother Nature’s gifts is also a common theme. Sometimes the most-ordinary items become fodder for points to ponder over and touch upon. My career has been in the legal field and I have been a legal secretary for four decades, primarily working in downtown Detroit, and now working from my home. I graduated from Wayne State University with a degree in print journalism in 1978, though I’ve never worked in that field. I like to think this blog is the writer in me finally emerging!! Walking and writing have met and shaken hands and the creative juices are flowing once again in Walkin’, Writin’, Wit & Whimsy – hope you think so too. - Linda Schaub
View all posts by Linda Schaub →
This entry was posted in Uncategorized and tagged humor, phone, Spring, Winter. Bookmark the permalink.