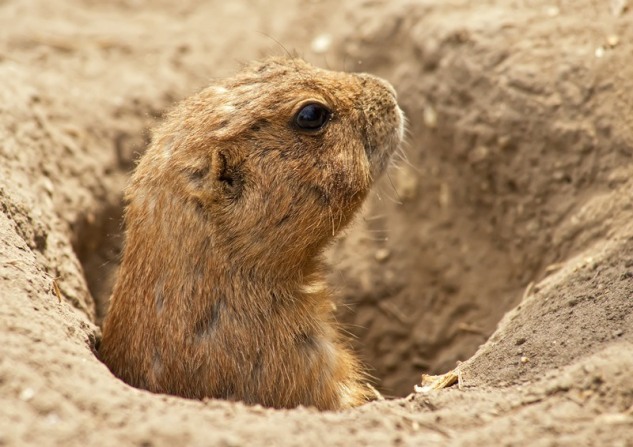 A long Winter that is.

The word is out and it’s official.  This wintry season is simply not going to hang around as long this year.  Whew!  That sure is a relief, because Winter wore out its welcome in 2018 when the cold, snow and ice were still around in early April.

Now that the Polar Vortex is in the rear view mirror, the sun is getting up earlier and going to bed later, the temps almost feel tropical – what more could we ask for here in Southeast Michigan?

I was overjoyed to hear the world’s most-famous groundhog, Punxsutawney Phil, proclaimed Winter would be short and sweet since he didn’t see his shadow – yay Phil!

More importantly, the ultimate weather authority,  a/k/a Woody, is Michigan’s resident woodchuck weather prognosticator, and she made the same prediction this morning at the Howell Nature Center.  Everyone in Michigan knows that Woody has a better track record than Phil … girls rule sometimes – sorry Phil!

It’s been a very long week of weather worries and woes and that was the best news I’ve heard in a long time!  (By the way, the real meteorologists say Winter won’t linger and Spring will arrive earlier too.)

As for the here and now, well I did not make my trek to the Park this morning.  While I am worried about my furry pals down there, and their inability to dig in the frozen ground to find their stash of peanuts, the streets and sidewalks were a little too slick to walk that mile each way and feel comfortable doing so, even in lug-soled hiking boots.  I didn’t want to drive either, as our street was still slick from Monday’s snowstorm, then freezing rain – they couldn’t salt due to the extremely low temps.  For walking and driving purposes, it really wasn’t the snow that was so bad; it was the freezing rain that put a glaze on everything after the snowfall Monday.  I plan to get to the Park tomorrow – the temperature will be warmer mid-day for sure and hopefully the squirrels have not retired to their respective nests for the day.

Meanwhile, Grady is getting as spoiled as Parker.  I dropped a pile of peanuts under the front porch door stoop before I went to run the car and most were split open and shells littered about once I got outside.  Were there two visitors or one?  I know that for the second day in a row, Grady was standing in the snow looking up at the ledge wistfully.  He cannot walk across the brick ledge anymore as there are piles of snow capped with ice.  I tried to brush them off with a broom, but they are frozen solid.  I told my tiny pal that my arms aren’t long enough to stretch to the other side of the house when I lean out the front door to deliver peanuts, so he has to be patient until I get outside.

Thursday morning I took a cup of steaming hot water outside with me to thaw out the pile of peanuts that had frozen solid after the freezing rain glommed them onto the brick ledge.  I pried them off and laid the “peanutsicle” on top of a bush.  But the next morning I discovered Grady chewed them up – ice and all.  I hope he didn’t break his teeth.  So, I tossed that hot water into the air and watched it turn into ice crystals, just like thousands of people did at the height of the Polar Vortex, only they posted a video of them doing that to social media.

Hopefully no one is watching me chatting with Grady who is actually concealed behind the bush, and not seen from the street, as he waits patiently for me to deliver his peanuts to the ledge.  Then he will scramble up the bricks to retrieve and eat them.  Hmm – do the neighbors think I’m talking to myself?  I do that sometimes, but then again … don’t we all?  Perhaps I need to go back to tying the bandana across my mouth and I can chatter away all I want without my credibility being questioned, not that I care.  Ah well … sometimes it’s nice to march to the beat of a different drum as it keeps life from being too staid and boring.

This is my first blog and I enjoy writing each and every post immensely. I started a walking regimen in 2011 and decided to create a blog as a means of memorializing the people, places and things I see on my daily walks. I have always enjoyed people watching, and so my blog is peppered with folks I meet, or reflections of characters I have known through the years. Often something piques my interest, or evokes a pleasant memory from my memory bank, so this becomes a “slice o’ life” blog post that day. I respect and appreciate nature and my interaction with Mother Nature’s gifts is also a common theme. Sometimes the most-ordinary items become fodder for points to ponder over and touch upon. My career has been in the legal field and I have been a legal secretary for four decades, primarily working in downtown Detroit, and now working from my home. I graduated from Wayne State University with a degree in print journalism in 1978, though I’ve never worked in that field. I like to think this blog is the writer in me finally emerging!! Walking and writing have met and shaken hands and the creative juices are flowing once again in Walkin’, Writin’, Wit & Whimsy – hope you think so too. - Linda Schaub
View all posts by Linda Schaub →
This entry was posted in Uncategorized and tagged Groundhog, Groundhog Day, nature, Winter, Woodchuck. Bookmark the permalink.

53 Responses to Fur-get about it!