It’s been a soggy and volatile September. 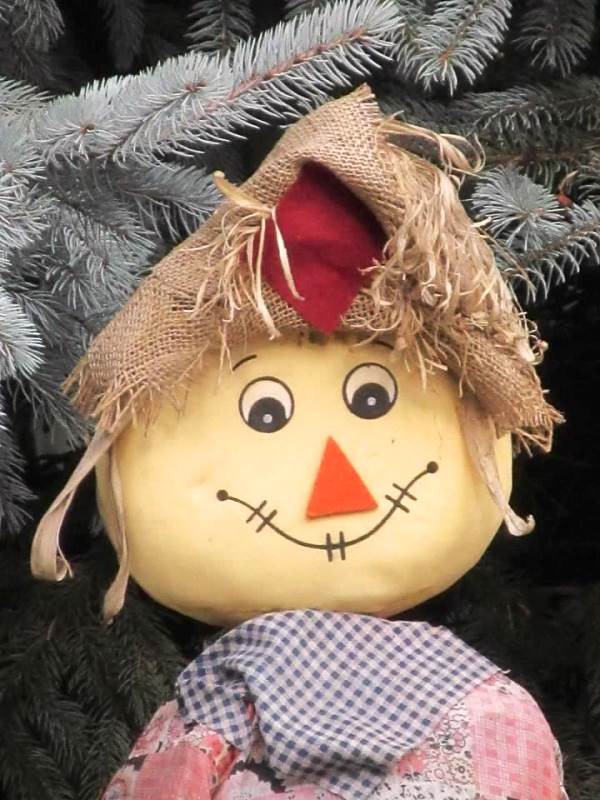 The Summer of 2018 was, as they say, nuthin’ special … and sadly, Fall looks like it will follow in its footsteps.

We have five more days before we close out this month and we have broken another couple of weather records – this time it was for rainfall.

Yesterday, at Metro Airport, (which is where weather statistics are measured for our city), we received 2.51 inches of rain, which shattered the old record of 1.40 inches on this day back in 1986.  On September 20th , we also had a record rainfall of 1.53 inches in one day.  Maybe building an ark is a good idea!

Is it time for me to embrace rainy days and not whine about ‘em?

I wouldn’t be bemoaning these rainy days, if I wasn’t chasing after this walking goal.  A total of 6.4 inches of rain in September already is making it mighty tough to get it done.  I am mindful that many of you have asked why I can’t just walk in the rain?   I’ve held steadfast, saying that over three decades of taking the bus to work, many times in extremely ugly weather, makes me less inclined to go traipsing around in the rain, a blizzard, or even extreme heat, if I don’t have to.

As to the rain, obviously I’m not made of sugar, and I’ll likely come around eventually and get into that mindset of enjoying a walk in the rain.  There are a few walkers at Council Point Park who walk rain or shine.  In fact, the weather forecast was for light rain yesterday morning.  It was warm out; I said to myself “just go out, it’s not like a cold rain, with leaves and wind whipping about.”  So, in anticipation of this nice walk in the rain, I got out the golf umbrella, a light raincoat and I even practiced the notes of the musical scale, just in case I was inspired to sing while I was out there with the rain twinkling down.  Did I sound like Julie Andrews singing Do Re Mi Fa Sol La Ti Do?  No, not really, but I can still belt out that song I learned in grade school and remember from “The Sound of Music” …  can you?

Unfortunately, by the time it was light enough to head out, a torrential rain was pounding on the patio roof, accompanied by some thunder boomers, so I just stayed inside.  That rain continued through around mid-day.  I’m not talking about the occasional spit or light drizzle – this was a driving rain, coursing through the gutters.  Thankfully the leaves were not clogging up the sewer grates as the streets would have been flooded.

Stewing over the rain was not the only thing on my mind.  Soon thereafter, it was the fear of impending tornadic activity.  Just like turning on a light switch, our coolish weather had returned to hot and muggy temps and very high dew points again Tuesday morning, spawning a flurry of warnings about possible severe weather, depending on how hot the temps were by late afternoon.  Mother Nature decided to play dirty with the Downriver area of Southeast Michigan.  There were increased severe storm warnings as the afternoon progressed, while meteorologists hovered over their charts and models, putting their heads together to predict if the warm and unstable atmosphere would be ripe for a tornado, and, if so … when.

Unfortunately my regular news radio station was broadcasting exhibition hockey on the radio and streaming it as well, and the other news station had a medical program on.  I was still online at Twitter, monitoring the Tweets by the National Weather Service Detroit Bureau and my favorite meteorologist, Paul Gross, when sure enough, radar indicated rotation was spotted and the first alert came out around 8:15 p.m.

Too close for comfort.

I shut down the laptop as the sky started rumbling with great gusto, and I turned on two radios simultaneously.  Out of one ear, I listened to Red Wing hockey, interspersed with weather bulletins; in the other ear, talk show host Mark Levin’s program was interrupted by the Emergency Alert System, as that shrill sound alerting impending danger was played just prior to the announcement that a tornado had been spotted and was headed northeast.  Its arrival was pinpointed for nearby Southgate and Wyandotte by 9:10 p.m. – “take cover immediately” the voice said.   I turned off the radios to listen for the City’s emergency siren – there was nothing, but I headed downstairs to the basement, heart pounding and feeling a little wobbly.

Our City’s emergency siren never sounded.  They test the alarm system the first Saturday of the month at 1:00 p.m., so I know it works.  So, more angst – wondering and worrying.  I waited about a half hour and heard and felt nothing, so I dared to go upstairs.  I turned on the two radios –  the hockey game was still on, and Mark Levin was still rehashing the Cosby verdict and Kavanaugh drama.  I went to bed.

A trio of tornadoes.

The early news this morning reported severe weather had wreaked havoc in three Downriver cities last night and luckily no one was killed or injured.  At that time, it was undetermined if it was tornadoes or straight line winds that blew through with approximately 100 mph wind strength.  I was just in this area last Saturday.  It was still dark outside, so no pictures were available yet, but when I checked out the damage online later, I saw massive trees uprooted, cars crushed, a trampoline suspended in the power lines and garages where wind gusts blew the garage door inward – all very horrific.  Later in the day it was confirmed that three small tornadoes touched down:  first in Frenchtown – 8:23 p.m.; second in Rockwood – 8:45 p.m. and finally in Gibralter at 8:55 p.m.   Their statistics are here.

Mercifully the tornadic activity dissipated at the Detroit River instead of  proceeding Downriver.  I feel lucky and blessed … this happened between 12 to 18 miles from where I live and is the second bout of severe tornadic weather to hit this part of Southeast Michigan, the last being on July 31st.

After hearing the report on the aftermath of the tornadoes, this morning I left a little lighter in heart and on my feet.  It was so soggy this morning, that I hesitated to walk to Council Point Park, plus, though no rain was predicted, the skies were a mottled shade of various grays and didn’t look too promising for a walk.  I figured the many trees at the Park would be dripping down so I just stayed in the ‘hood.  The winds were clipping along with gusts to 20 mph and some of the harvest décor is already sodden from the recent soakers.  Thank goodness I took these pictures on a sunny morn when everything still looked good. 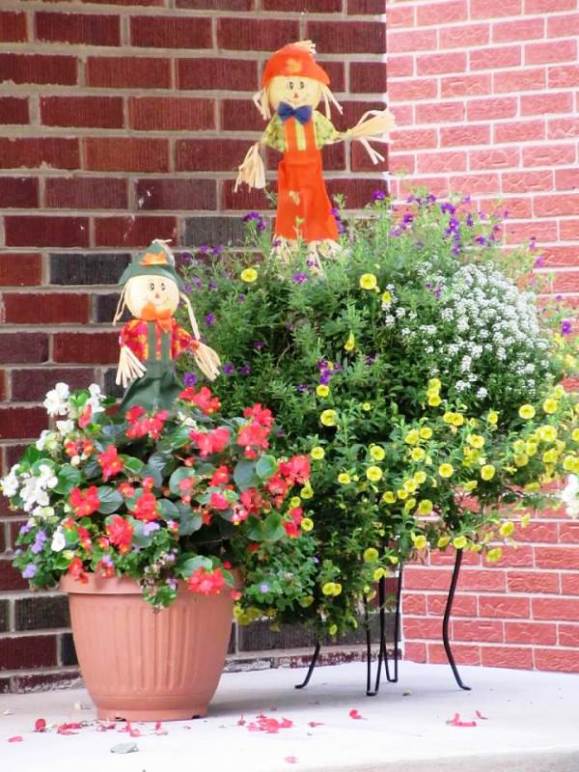 So, 6.4 inches of rain in September; one more inch and we’ll break a longstanding record.  We don’t have to break that record on Sunday afternoon, our next rain event, but I won’t complain anymore about the rain – just please no more bouts of severe weather.

This is my first blog and I enjoy writing each and every post immensely. I started a walking regimen in 2011 and decided to create a blog as a means of memorializing the people, places and things I see on my daily walks. I have always enjoyed people watching, and so my blog is peppered with folks I meet, or reflections of characters I have known through the years. Often something piques my interest, or evokes a pleasant memory from my memory bank, so this becomes a “slice o’ life” blog post that day. I respect and appreciate nature and my interaction with Mother Nature’s gifts is also a common theme. Sometimes the most-ordinary items become fodder for points to ponder over and touch upon. My career has been in the legal field and I have been a legal secretary for four decades, primarily working in downtown Detroit, and now working from my home. I graduated from Wayne State University with a degree in print journalism in 1978, though I’ve never worked in that field. I like to think this blog is the writer in me finally emerging!! Walking and writing have met and shaken hands and the creative juices are flowing once again in Walkin’, Writin’, Wit & Whimsy – hope you think so too. - Linda Schaub
View all posts by Linda Schaub →
This entry was posted in Uncategorized and tagged Fall, Storms, Tornadoes, walk, walking. Bookmark the permalink.

41 Responses to It’s been a soggy and volatile September.