Birds of a feather … 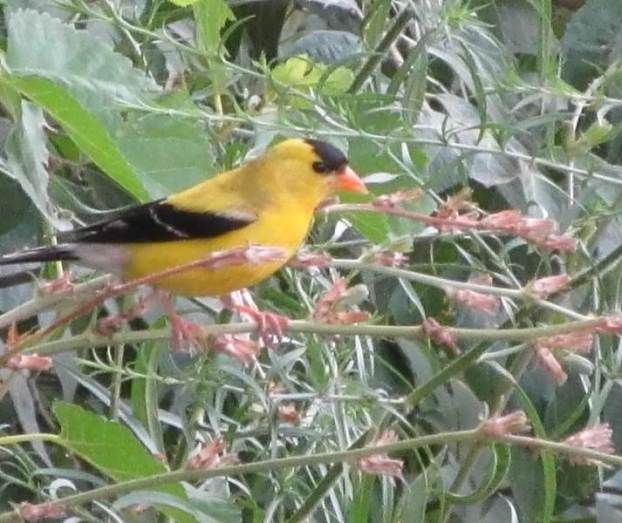 I’ve decided the balance of this Summer, I won’t make weekend excursion plans in advance, since rain keeps intruding.  Even though we’ve been blessed with about four weekends in a row with no rain, what is problematic are the rainy days preceding the weekend.

We had two days of rain, and today, at 5:00 a.m., it was 70 degrees and 93% humidity, with a breeze barely worth mentioning.  We are still entrenched in those dreadful “Dog Days of Summer” until next Thursday, the 23rd.

So, in picking today’s Saturday morning excursion, I decided the planned wildflower walk at Lake Erie Metropark would be soggy after two days of rain, plus it would be buggy and muggy, since it is near a marshy area.

I’m itching to get to Hines Park since six miles of that park is closed to traffic from 9:00 to 3:30 every Saturday through the end of September, but this park is prone to flooding after any rain … no telling if that happened, since the traffic report was full of construction detours and warning about the burgeoning traffic jam for the Woodward Dream Cruise.

So, I stuck with my tried-and-true, old standby, Council Point Park.

I’ve collected a few more pictures of Parker and his pals noshing on nuts and fully intended to share those photos for today’s post , but I’ve decided to crow about my goldfinch and heron sightings instead.

The rain left pools of water in the street as I made my way down to my favorite nature nook, and there was a huge puddle in the parking lot at the Park. 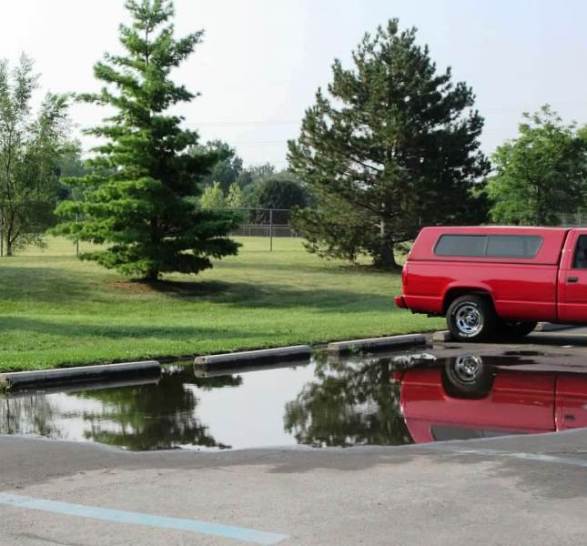 The perimeter path was still damp from the trees shaking off their water droplets, or maybe from that oppressive humidity – whew!

I chatted with a few walkers as we paused along the trail and we decided that this Summer definitely was a disappointment.  I think we need a redo, but of course it’s too late for that now.

Discovering the goldfinch was a delight because I’ve been looking for them all Summer and they’ve been elusive.  This one first peeked between the bushes at me.

I inched closer and might have had a better shot of him, but just then someone walked by and spooked him, so he flew away.

Likewise, the Great Blue Heron was spooked on two different occasions.  Perhaps it was ornery from the heat, or hadn’t caught any fish for breakfast, but both times it flew off, making a screeching noise like something was in hot pursuit of him.

I was happy to see a few mallards were back, even though they were paddling through the algae bloom that was in some portions of the Creek.  The picture looks almost as murky as the thick muck the ducks were swimming through. 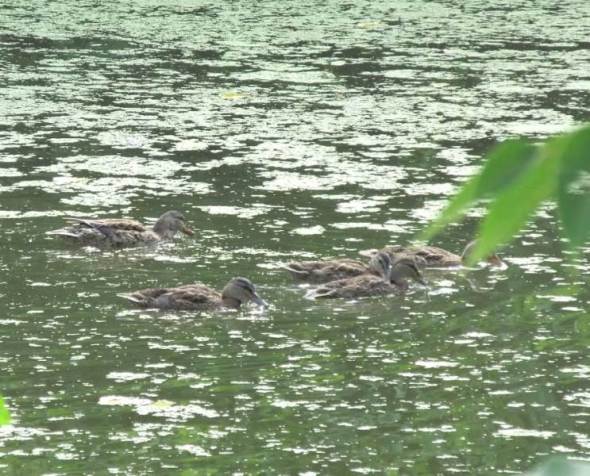 I almost didn’t see them, as they made no sound, and they are still wearing their drab brown eclipse plumage, so I couldn’t tell the males from the females, unless they were a contingent of females who were headed to a kaffeeklatsch.  The group swam along noiselessly, which is so unlike them because they are usually a raucous bunch and their voices carry in the still of the morning.  I’ve really missed the ducks and geese as they add a little more character to the Park.

Lastly, I can’t forget to include these hawk pictures.  They are not great images, that much I know, because I shot blindly since I was in the middle of the second loop where there were few trees and the sun was right in my eyes.  They look like fly specks, but if you look closely, you’ll see how many there were.  I have been scanning the sky for predators at the Park ever since the Cooper’s Hawk swooped down on Stubby.  I won’t feed my peanut pals if a hawk is looming nearby.  There are never many squirrels in this part of the Park.

So, on one of my glances to the sky, I saw a collection of birds gliding around.  I suspect the three large ones were hawks, maybe juvenile bald eagles.  But, there were smaller, similarly shaped birds, with wide tails and a large wingspan, just gliding aimlessly while dipping in and out of the clouds. 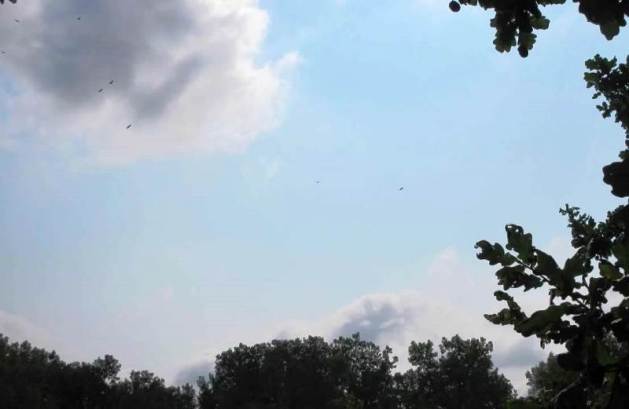 It was eerie and reminded me of an old black-and-white Western movie where a group of buzzards were circling overhead.  Finally, I reached the area where a row of pine trees stand, so I dipped behind one and at least got a couple of blurry shots of the bigger birds. 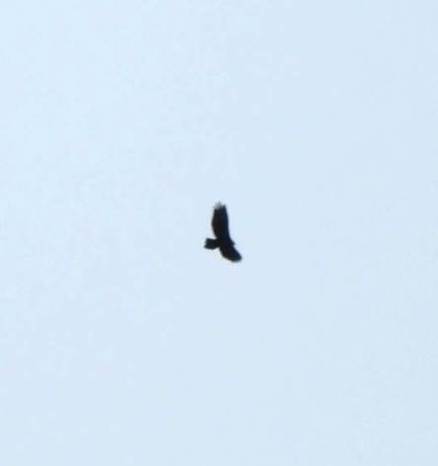 This steam bath weather is for the birds, but at least it didn’t rain, and I added six more miles to my total walked in 2018.

This is my first blog and I enjoy writing each and every post immensely. I started a walking regimen in 2011 and decided to create a blog as a means of memorializing the people, places and things I see on my daily walks. I have always enjoyed people watching, and so my blog is peppered with folks I meet, or reflections of characters I have known through the years. Often something piques my interest, or evokes a pleasant memory from my memory bank, so this becomes a “slice o’ life” blog post that day. I respect and appreciate nature and my interaction with Mother Nature’s gifts is also a common theme. Sometimes the most-ordinary items become fodder for points to ponder over and touch upon. My career has been in the legal field and I have been a legal secretary for four decades, primarily working in downtown Detroit, and now working from my home. I graduated from Wayne State University with a degree in print journalism in 1978, though I’ve never worked in that field. I like to think this blog is the writer in me finally emerging!! Walking and writing have met and shaken hands and the creative juices are flowing once again in Walkin’, Writin’, Wit & Whimsy – hope you think so too. - Linda Schaub
View all posts by Linda Schaub →
This entry was posted in Uncategorized and tagged Goldfinch, Heat, Heron, nature, Summer, walk, walking. Bookmark the permalink.

59 Responses to Birds of a feather …